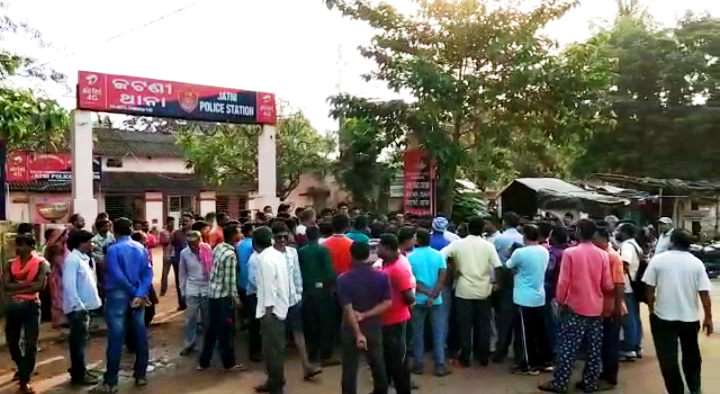 Bhubaneswar: In yet another heinous and inhumane act of minor girl rape in Odisha, a six-year-old girl was allegedly raped and murdered by a neighbour in Gopabandhu Nagar under Jatni Police limits of Khurda district last night.

However, locals nabbed the accused youth soon after the incident and thrashed him black and blue injuring him severely. They later handed the accused over to the police.

Two minor girls raped in a day in Odisha

Today morning, the irate locals staged a protest in front of the Jatni police station and blocked the road blockade by burning tyres demanding strong action against the culprit. To avoid any untoward incident during the protest, one platoon of police force has been deployed in the area.

Sources said, the accused managed to take the girl to an isolated place last night and raped her there before killing her.

Bhubaneswar DCP Anup Sahoo said the main accused, who is in police custody now, will be arrested and legal action be taken against him soon. “A special team will be formed to investigate the incident since it is a sensitive case. We will also file a charge sheet in a time bound manner,” he added.

Meanwhile, the critically-injured accused has been admitted to SCB Medical College and Hospital in Cuttack for treatment.