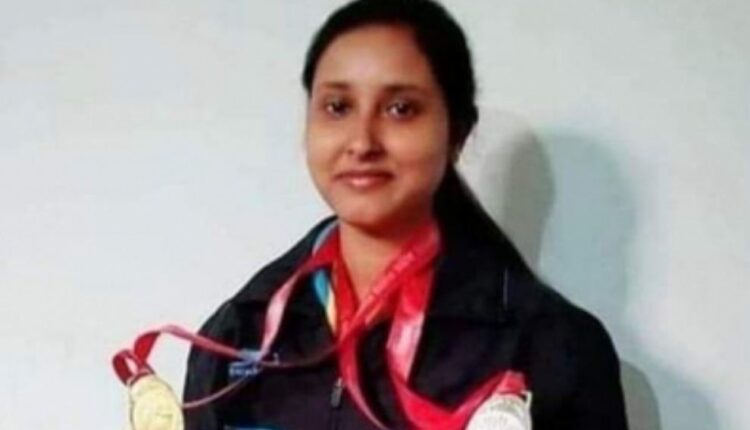 Kolkata: A young national level shooter — Konica Layak who was supposed to get married in February this year died by suicide at her hostel in Bally in West Bengal’s Howrah district on Wednesday night, the police said on Thursday, adding the body has been sent for post-mortem.

Earlier this year, Konica was gifted a German-manufactured rifle by actor Sonu Sood after he was briefed about her struggles. Sood had gifted her the rifle so she could take part in the Nationals and other competitions.

“Sonu Sood sir, my rifle is here. There is a wave of happiness in my family and the entire village is blessing you. May you live long,” an elated Layak had tweeted after receiving the gun amid the Covid-19 pandemic.

Police, investigating the case, recovered a suicide note where she wrote that she was gong through ‘depression’ and that forced her to kill herself. Police, however, was verifying the suicide note even.

This is the fourth such case in recent times in the shooting fraternity. Her family members are learned to have reached Kolkata.

The shooter — originally from a village at Dhanbad in Jharkhand who had won a few medals at the state level, was training along with Olympian and Arjuna Awardee Joydeep Karmakar in Kolkata. Layak had also won a gold and silver at the Jharkhand State Rifle Championship.

This is the fourth case of death by suicide in recent months, in the shooting fraternity, raising serious questions.

Recently, young pistol shooter Khushpreet Kaur Sandhu, who had made her junior India debut at the last World Championship in Lima, died by suicide after registering low scores at the Nationals.