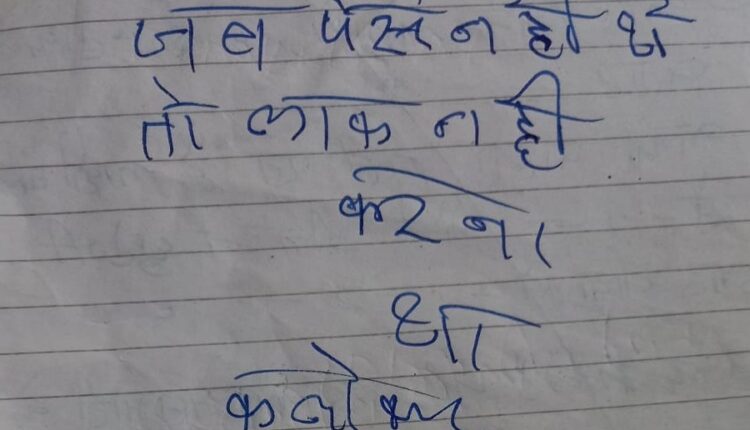 Dewas: A thief who allegedly tried to steal money from the house of the Deputy Collector in Dewas district of Madhya Pradesh left without much loot. Due to the failed theft attempt he left a letter outside the DC’s office saying “When there was no money, the Deputy Collector should not have locked his house”.

The incident took place in the government residence in Civil Lines of Dewas district. Dewas Deputy Collector Trilochan Gaur was not present at his residence for the past fortnight. Since the house was locked, a thief entered the house but could not find expensive jewellery or cash.

The thief’s letter has gone viral on social media. Gaur said all belongings in his house were scattered and some cash and silver jewellery are reportedly missing about which he had informed the police.

Kotwali Police station in-charge, Umrao Singh told IANS that Gaur is currently posted as the SDM in Khategaon but his house was locked for the past few days. The thief took Rs 30,000 cash from the SDM’s house following which the Police has registered a case of theft.