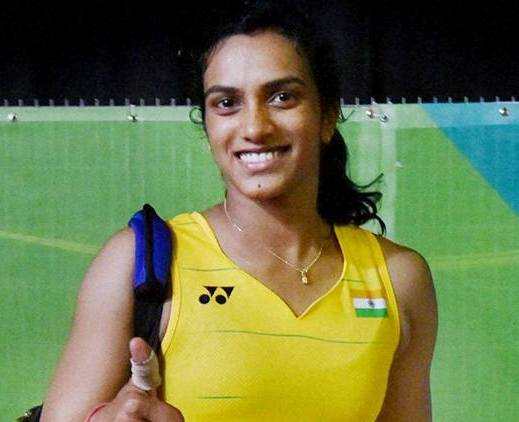 Sindhu took to Twitter, describing the incident as “a very bad experience” after a staffer named Ajeetesh objected to her carrying her kit-bag which had her racquets inside it.

The airline said the baggage issue was eventually resolved.

“We hope that Ms Sindhu will appreciate that our colleague was only carrying out his duty in the best interest of a safe and reliable operation,” Ajay Jasra, IndiGo’s Director of Corporate Communications, said in a statement.

On her part, Sindhu posted in a series of tweets: “Sorry to say ..I had a very bad experience when i was flying by 6E 608 flight to bombay (sic) on November 4 the ground staff by name Ajeetesh.”

“Ground staff (skipper) Ajeetesh behaved very badly and rudely with me. When the air hostess Ashima tried to advise him to behave properly with the passenger (Me) but to my surprise he behaved very rudely with her. If this type of people work for a reputed airline like Indigo they will spoil their reputation.”

While Sindhu was not reachable, IANS contacted her mother who played down the incident, saying: “Lets not make it a very serious issue, such things take place sometimes.”

The IndiGo statement said: “Ms P.V. Sindhu boarded flight 6E608 Hyderabad-Mumbai carrying oversized baggage which was not fitting into the overhead bin. Ms Sindhu was informed that it will be moved to cargo hold of the aircraft. This is the same policy we follow for all customers. Oversized baggage inside the cabin inconveniences other customers and can also be a safety hazard if it cannot be secured properly in the cabin.”

“During the entire conversation, the member of the IndiGo ground operations remained calm. After several requests to her manager, they finally consented to the removal of the bag from the cabin. We then placed the over-sized baggage in the cargo hold and was handed over to Ms Sindhu on arrival. We are extremely proud of Ms Sindhu’s sporting achievements and are grateful for the laurels she has won for our country. However, safety of our operations is paramount to IndiGo,” the statement added.