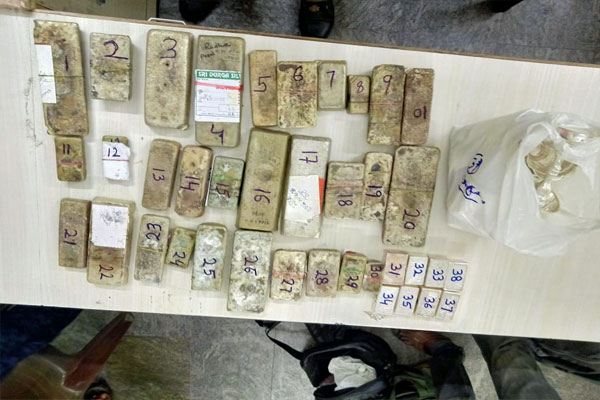 Berhampur: Silver bricks worth over Rs 40 lakh allegedly smuggled from Berhampur in Ganjam district were seized by Andhra Pradesh police near Ichchapuram late on Wednesday night. Three persons were arrested by the cops in connection with the incident.

As per information, three youths-P Suri Babu, Ijad Govinda and driver B Narasinghamulu of Machilipatnam were heading to Andhra Pradesh from  Berhampur in a car smuggling the silver bricks weighing around 61 kg. At Purushottampur checkpost on Odisha-Andhra border, police of the neighbouring state intercepted them and asked them to show valid documents to  support possession of the huge quantity of silver. After the accused failed to furnish the same, the cops arrested them on charges of silver smuggling and seized the silver bricks along with the vehicle.

An investigation into the incident has been initiated. Till the last report was filed, the police were not able to trace the person, who had supplied the silver from Berhampur, sources said.

Amidst COVID-19 crisis, Odisha aims to bring economy back on track

India churning out highest daily COVID cases in the world