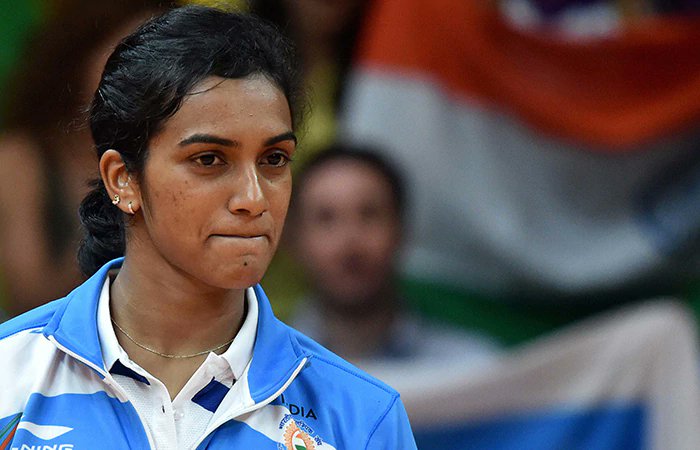 Rio Olympic silver medallist Sindhu staved off He with a 21-10, 17-21, 21-16 semifinal win in an hour and six minutes at the SK Handball Stadium.

It was Sindhu’s fourth win in nine meetings over the 2017 Asia Championships bronze medallist.

In the final, Sindhu will meet Nozomi Okuhara, who conquered the Hyderabadi in the World Championships final in August in Glasgow.

Eighth seed Okuhara got the better of compatriot and second seed Akane Yamaguchi with a 21-17, 21-18 triumph in 38 minutes.

Okuhara, 22, has a 4-3 lead in career meetings against 22-year-old Sindhu and Sunday will present the Indian a great chance to seek a revenge for the Glasgow loss.

Ginting will on Sunday take on compatriot Jonatan Christie, who moved past Chinese Taipei’s seventh seed Wang Tzu Wei with a 21-13, 21-17 victory in 32 minutes.
(IANS)