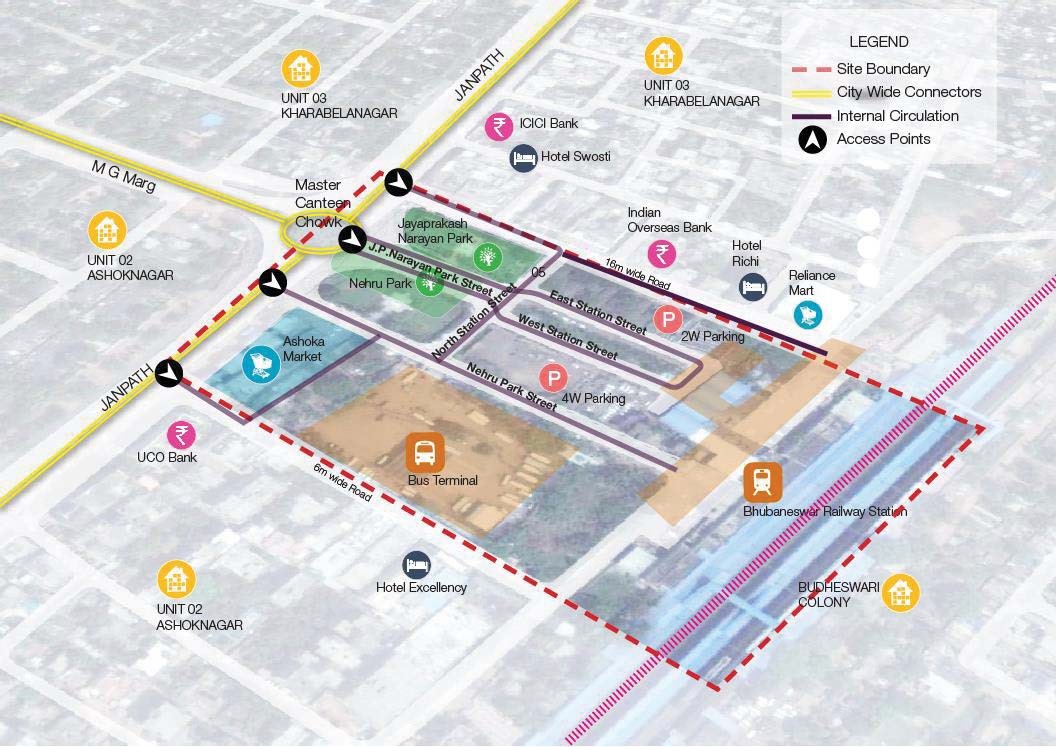 Bhubaneswar: Singapore-based Surbana Jurong today won the bid to design the ambitious Bhubaneswar Town Centre (BTC) project in Odisha capital, which is going to be the first such transit-oriented development (TOD) project in the country.

The proposed project to be built over 12 acres in Master Canteen area is being developed by Bhubaneswar Development Authority (BDA). The approved design will have contemporary and temple building architecture for which the city is known for.

As the project site shares its location with the city’s main Railway Station within the Bhubaneswar Town Centre Smart District, both East Coast Railways and Bhubaneswar Smart City Limited will be important stakeholders to be involved and consulted throughout the course of this project implementation.

The BTC project will primarily have elements like theatre plaza, retail and malls, nature plaza, landscape, town plaza, art plaza, experience plaza and children’s plaza. “This will also have food courts, service apartments, pedestrianised streets along with dedicated pedestrian and cycling paths and the entire project would have an interactive  as well as innovative environment,” said Additional Commissioner-Cum-Member Enforcement, BDA, Bhabani Shankar Chayani.

Worth mentioning, the state government in last December had advised BDA to create a Special Purpose Vehicle (SPV) for the implementation of the Railway Station Multimodal Hub Project in Bhubaneswar titled- “the Bhubaneswar Town Centre Project”. This SPV is a 100% subsidiary of BDA and will serve as a dedicated agency to ensure successful implementation of the project in the next five years.

The company with revenue of 1.3billion USD and presence in over 40 countries across the globe has 110 site offices internationally and is one of the powerhouses for urban infrastructure design and consultancy in the world. Jurong, as it is commonly called, has drawn up master plans for 30 nations, 50 industrial parks worldwide. Some of its major projects were HDB Hub, Singapore, Clementi Mixed Development Singapore, Fusionopolis Singapore, MKH World Malaysia, Datum Jelatek Kuala Lumpur and Kigali CBD and Nyarugenge District Master plan Rwanda.

Smart move to access information on historical sites in…