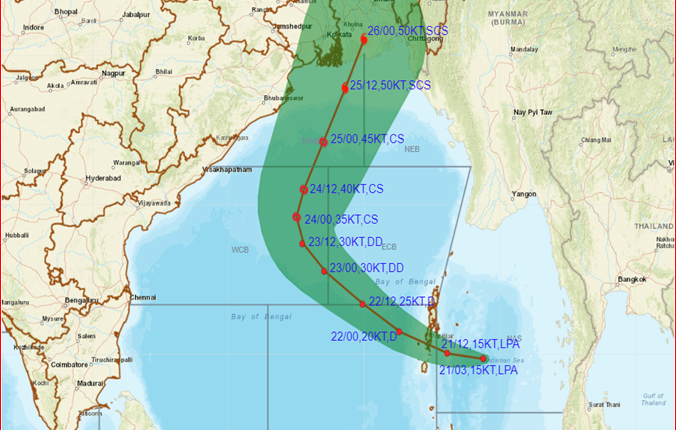 Bhubaneswar: Predicted cyclone ‘Sitrang’ over the Bay of Bengal may make its landfall as a severe cyclonic storm, the forecast track of the system released by the India Meteorological Department (IMD) today indicated.

The system may attain a maximum sustained surface wind speed of 90-100 kmph gusting to 110 kmph on October 25, the IMD said.

“Yesterday’s Low Pressure Area over north Andaman Sea and adjoining areas of south Andaman Sea & Southeast Bay of Bengal persisted over the same region in the morning of today. It is very likely to move west-northwestwards and concentrate into a Depression over southeast & adjoining eastcentral Bay of Bengal on 22nd October and then moving northwestwards intensify further into a Deep Depression over eastcentral and adjoining southeast bay of Bengal on 23rd October,” the IMD said in its bulletin.

“Subsequently, it is very likely to recurve gradually northwards and intensify into a cyclonic storm over westcentral and adjoining eastcentral Bay of Bengal by 24th October. Thereafter, it is likely to move north-northeastwards and reach near West Bengal – Bangladesh coasts on 25th October, skirting Odisha coast,” the bulletin added.

Forecast track and intensity are given below: 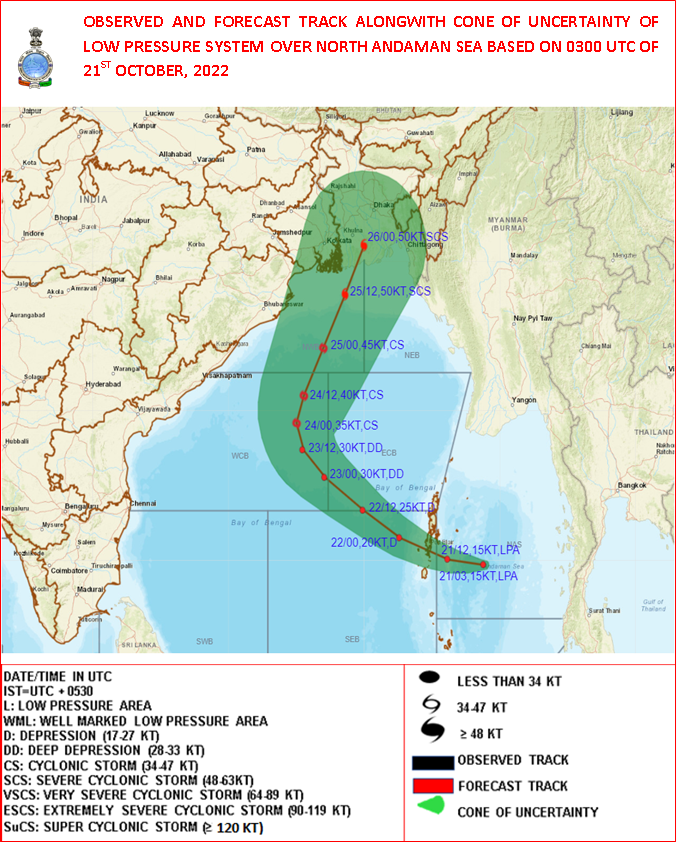