Sixth ‘Deepotsav’ edition in Ayodhya; 14.5 lakh diyas to be lit this year 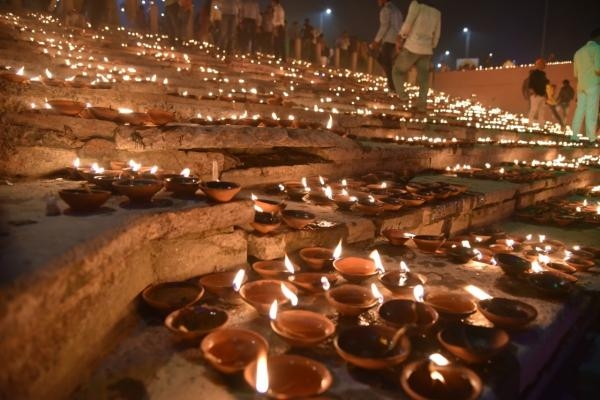 Ayodhya: The sixth edition of ‘Deepotsav’ will be held in Ayodhya on October 23. According to official sources, nearly 14.5 lakh diyas will be lit on the Ghats this year, creating a new record.

Last year, a record had been created by lighting 7.5 lakh diyas (earthen lamps) at Ram Ki Paidi ghat on the banks of river Saryu.

Official sources said that the scale of ‘Deepotsav’ is being increased in view of greater public participation that is expected this year.

In the past two years, due to the pandemic, people had largely kept away from participating in the event.

The Deepotsav event had been started by Chief Minister Yogi Adityanath in 2017 and has grown bigger in scale ever since.

129 people killed after stampede at football match in…