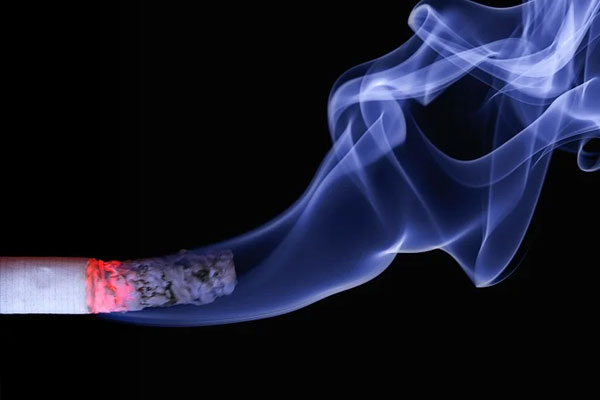 World No Tobacco Day is observed every year on May 31 to spread awareness on several health conditions related to consuming tobacco.

Nearly 267 million adults in India are users of tobacco, according to the Global Adult Tobacco Survey India.

Several research studies suggest smoking can lead to deterioration of the macula (responsible for central vision). Research also shows that smokers are at five to six times higher risk of developing age-related macular degeneration (AMD) than non-smokers. AMD is an eye disease that can blur an individual’s central vision.

“Smoking can lead to a burning sensation which stings the eyes and causes irritation. Three eye conditions that are most at risk to develop and become worse because of smoking are AMD, cataract, and glaucoma,” Dr. Ajay Dudani, CEO Vitreoretinal Surgeon, Mumbai retina centre, told IANS.

In AMD patients, smoking further leads to oxidative damage to the retina with depletion of lutein from the macula (part of retina), Dudani said, adding “smoking can lead to development of AMD 10 years early.”

According to the World Health Organization (WHO), tobacco use is one of the major causes of death and disease in India and accounts for nearly 1.35 million deaths every year. India is also the second largest consumer and producer of tobacco. A variety of tobacco products are available at very low prices in the country.

The most prevalent form of tobacco use in India is smokeless tobacco and commonly used products are khaini, gutkha, betel quid with tobacco and zarda. Smoking forms of tobacco used are bidi, cigarette and hookah.

“Smoking is as bad for your eyesight as it is for the rest of your body. In many cases it can also lead to severe vision loss if not treated or adhered to treatment on time,a Dr. Ganesh Pillay, Medical director and consultant, ASG Eye hospital, told IANS.

“In addition, tobacco smoke can also affect the tissues present around the eyes causing disorder of the eyelids and under-eye puffiness. Vision loss caused by retinal diseases can’t be fully cured. The majority of such cases can also lead to permanent blindness if adequate measures are not taken in time,” added Dr. Nitin Prabhudesai, Medical Director at Insight Vision Foundation, Pune.

Smoking can also increase chances of getting diabetes, and can also make managing diabetes more difficult for those who already have it.

“Chemicals in cigarettes harm cells in your body and cause inflammation. This also makes cells stop responding to insulin as nicotine increases your blood sugar levels and makes them harder to handle. People with diabetes who smoke often need high doses of insulin to keep their blood sugar close to their target levels. This leads to difficulty in managing diabetes, which can trigger diabetic retinopathy,” said Prabhudesai.

However, if diagnosed on time, smoking induced retinal diseases can be effectively managed, the experts said. The first thing to do is “quit smoking”, they noted.

Other things to prevent vision loss is going for regular eye-checkups and adhering to treatments; eating healthy foods and including green leafy vegetables, fruits and foods high in vitamins C, E, and beta carotene; controlling blood pressure and cholesterol; and by staying active.