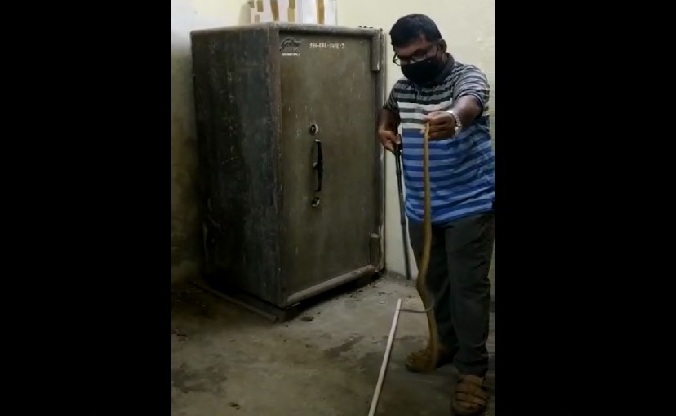 Bhubaneswar: The employees of a nationalized bank here were horror-struck to discover a cobra inside the branch today.

It was like any other day for the staff of IMMT Branch of SBI. However, when some of its employees entered into the strong room few moments after opening of the branch, they found a long yellow snake.

“We were terrified to see a yellow colour snake inside the strong room of the bank. We immediately called up Snake Helpline for its rescue. The volunteers reached the campus and captured the reptile,” a staff of the bank said.

The around 4-feet snake was rescued by the Snake Helpline members and later released to its natural habitat here.

Notably, the IMMT campus is full of greenery and snakes have often been found inside the campus by its staff. Incessant rainfall last week might have forced the snake to migrate to a safe hideout.