“Some people deserve to die”: Youth’s suicide note before jumping into Bindusagar in Bhubaneswar 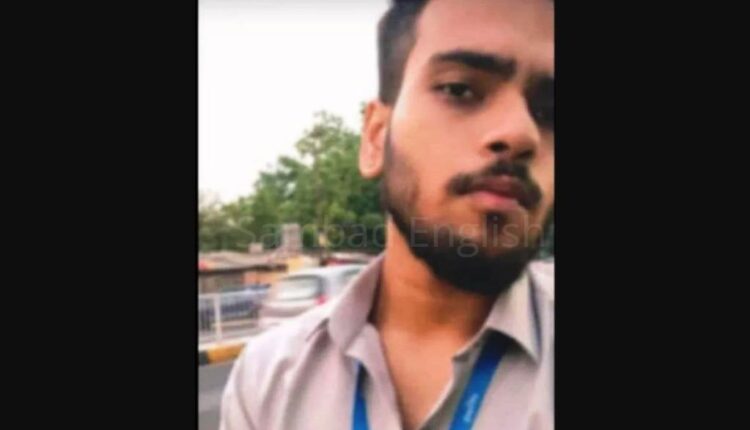 Bhubaneswar: A youth namely Saishree Jyotiprakash, who was a resident of Samantarapur area here, died reportedly after jumping into Bindusagar lake near the Lingaraj Temple in the capital city, last night.

He kept his mobile phone and other belongings at the bank of the water body and took the extreme step, reports said.

Earlier in the evening of the fateful day, Saishree Jyotiprakash posted a ‘suicide note’ on his Instagram account.

“I don’t know where to begin. I don’t remember how it all started. Feels like it has always been like this. I knew this day would come eventually and I thought I would be really tormented and the pain would be unbearable and that I would die with a lot of regrets. But now that the moment has actually arrived, I don’t feel all that sad. This strangely feels like home. I never had a home, really. I was too damaged to call any place or person my home. If you feel like this is sudden, let me tell you that it’s not. None of this is sudden or random or thoughtless in any way. I have been like this for years. I should have killed myself long ago, but I did not. I was too hopeful. Maybe for a lot of people, hope is a good thing. It saves them. It keeps them going. It distracts them from the inherent meaninglessness of their daily life. That’s great actually. I envy such people. I wish I was like that,” wrote Saishree Jyotiprakash in the post.

“I had acknowledged what I truly was, inside and out. If you feel like more love and affection would have saved me somehow, then I’m afraid you’re delusional and don’t know a thing about me. The truth is, as I have seen it, some people just deserve to die. Not because of their misdeeds, but because of the pain they’re in. When you see someone like that, please don’t try to justify their existence by your flawed philosophy of hope, happiness, positivity, love and god. Let them die in peace. Don’t give them hope. Also, if anyone of you wants to use my death to prove your intellectual superiority about life and meaning and justice so you can feel good about yourself, feel free to do so. But the truth is you know nothing about the suffering that I inflicted upon myself and on the people around me. The truth is that only I know about the dreams that I had. Dreams that I’m taking with me to my grave,” he wrote.

“Looking back, my life has been nothing but full of failures. If I had a chance to change a thing about my life, I would have chosen to end it sooner. But there were things that I was extremely grateful for, as well. I had a few amazing people. They made my life a lot better. They loved me and were there for me whenever I needed them. They didn’t judge me for anything. I’m glad that I got to be a part of their lives. And I’m glad that I spent my last days with the people that I love the most. I was so happy. After a really long time. So I’m also dying with the guilt of putting them through this, after all that they have done for me. I’m so sorry for what I’m about to do. You don’t have to forgive me for anything.” he added.

Though the reason behind his decision to end his life was yet to be ascertained, it is suspected that he was under depression.

A relative of the deceased said his father was staying away from him and his mother. As his father was not taking care of the mother-son duo, the woman had to manage the expenses towards his studies on her own. She was struggling to do so, the relative said.

Body of Saishree Jyotiprakash was recovered from the lake by Fire Services personnel, this morning.