Bhubaneswar: The STF of Odisha Crime Branch today arrested the Managing Director (MD) of Medilloyd Medicament, Siba Jena, who is the prime accused, in connection with sale of spurious COVID-19 medicine in the State.

Source said that the STF team is grilling Jena at an undisclosed location. 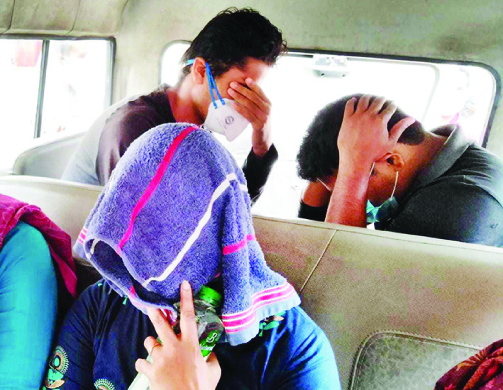 The trio was sent to the Circle Jail, Choudwar, after their bail applications were rejected by a local court in Cuttack yesterday.

The pharma distributor ‘Medilloyd Medicament Private Limited’ conspired to procure Favimax tablets (Favipiravir) from ‘Max Relief Health Care’ at a very low price (Rs 65 per strip of 10 tablets) and had planned to sell them at a very high price (Rs 1290 per strip of 10 tablets), the STF revealed following arrest of three accused persons including Director of the drug distribution firm.

The STF said that multiple teams were formed to conduct investigation including conducting raids, studying the documents, linkages/networking in other states, modus operandi. Currently, three teams are probing in Odisha, Maharashtra and West Bengal.

During the course of investigation, it came to light that the Max Relief Health Care is a dubious drug manufacturing company in Solan, Himachal Pradesh. The firm was run by two persons, who have been arrested by Mumbai Police earlier this month.