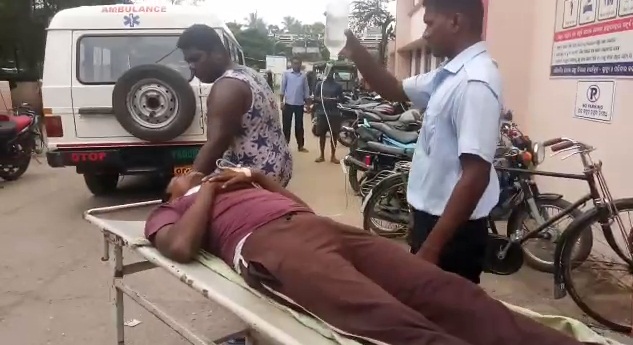 Ganjam: A youth allegedly killed a newly-wed woman by slitting her throat and later attempted to commit suicide at Karadabadi village under Buguda police limits in Odisha’s Ganjam district today.

The deceased has been identified as Banita Pallei. The accused, Pabitra Jena, who tried to end his life by slitting his own throat, has been admitted to the MKCG Medical College and Hospital in Berhampur.

According to police sources, Pabitra wanted to marry Banita but her family arranged her wedding with another person 12 days ago.

This morning, Pabitra conversed with Banita after she came to her father’s house with her husband. After she rejected his proposal to continue relationship with him, he slitted her throat with a razor in a fit of rage. Pabitra then tried to kill himself by inflicting injuries on his throat using the razor.

Both were rescued and admitted to Buguda hospital, where doctor declared Banita dead. On the other hand, Pabitra was shifted to MKCG Medical College and Hospital as his condition deteriorated.

Police have started investigation into the incident after registering a case.