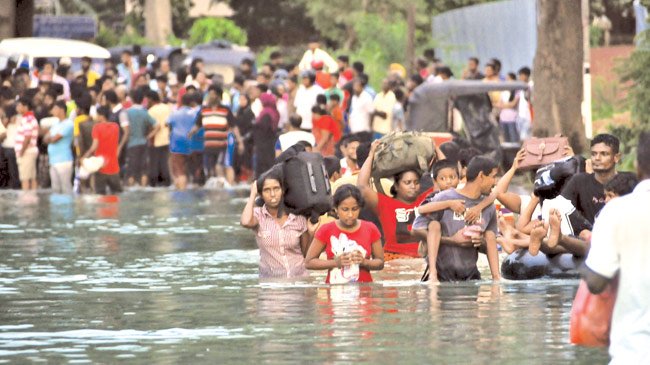 The death toll in the floods and landslides in Sri Lanka has increased to 100 while 99 persons were reported missing, the Disaster Management Centre said on Saturday.

Around 12,000 people have been evacuated from areas at risk of floods that have already affected over 200,000 people in 14 districts, the centre said in its latest report.

The first vessel with humanitarian aid from India arrived in Colombo earlier on Saturday. A second vessel will arrive on Sunday.

Heavy rainfall since Thursday has caused water levels of the Kalu, Kelani, Gin, Nilwala and Attanagalu rivers to rise and cause flooding.

Seven districts have been severely affected, the worst of which is the coastal Kalutara, where 38 people have died and 80 people are missing.

The meteorology department has forecast more rain in the coming days.

In May 2016, torrential rain in Sri Lanka owing to an atmospheric depression over the Bay of Bengal left close to a 100 people dead and 300,000 displaced. (IANS)

Having sleep problem? Know how climate change can affect it