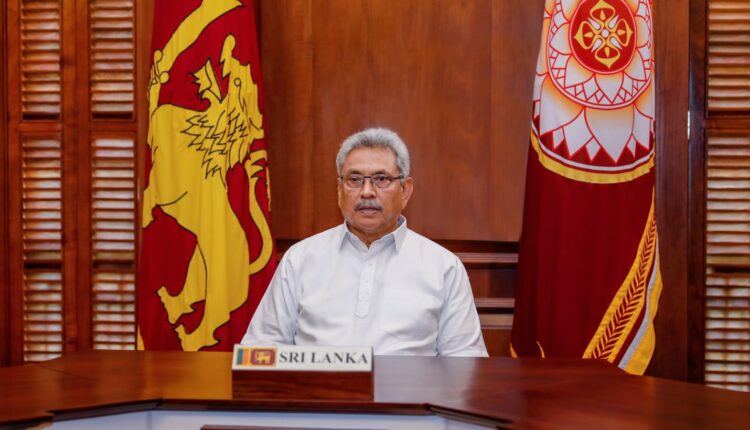 Colombo: Amidst severe public protest and an ultimatum to resign by protestors who took over the President’s House in a violent protest on Saturday, Sri Lanka President Gotabaya Rajapaksa left the country secretly, an emigration officer confirmed to IANS on early Wednesday.

President Rajapaksa had left for the Maldives together with his wife and a bodyguard from the country’s main airport in Katunayake, closer to the capital, the officer said, seeking anonymity.

India had helped Rajapaksa to fly to Maldives!

Rajapaksa who attempted to escape together with his brother former Finance Minister Basil Rajapaksa on Tuesday early was prevented to do so by immigration officers. However, he left the country in an Antonov-32 aircraft belonging to Sri Lanka Air Force which took off from the main international airport, the source confirmed.

On Tuesday morning, the two Rajapaksa brothers were to leave for the UAE to go to the US, but immigration officers at the VIP lounge protested and declined to serve them. Amidst protests, the Rajapaksa brothers had left the airport, and Gotabaya is said to have taken refuge for almost a day at an Air Force base adjoining the airport.

On July 9 (Saturday), Rajapaksa left his official residence after protestors entered it and symbolically ousted the President. Gotabaya had announced that he would resign on Wednesday but had allegedly retracted stating that he would not resign if his family members were not allowed to flee the country.

Protestors had given an ultimatum till Wednesday by 1 p.m. for the resignation of the President and warned that mass crowds will be summoned to Colombo if retract his promise.

Covid-19 pandemic ‘nowhere near over’: WHO