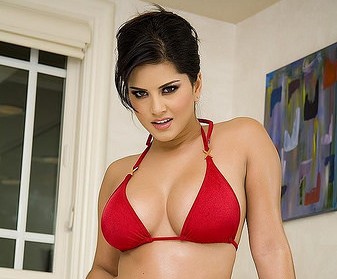 Sunny has a special number “Laila main laila” in Shah Rukh’s latest release “Raees”. She got a chance to see Shah Rukh spend some time with his children, including AbRam, during the shooting of the film.

“I got to meet AbRam on the sets. He is very cute and sweet. I met him almost seven months ago and he must have probably grown,” Sunny said.

So did she get to spend some time with AbRam?

“He was so busy with his papa that for anybody watching, it is just so cute. I didn’t want to disturb them,” she said.

Shah Rukh is a father of three — sons Aryan and AbRam and daughter Suhana.

“SRK is an extremely dedicated father. Even when his older son came, the attention he gave (to him) was amazing,” Sunny said.

Talking about her family, Sunny said: “I was very close to my family. We were four of us. We used to sit down for dinner, I used to set table with my brother, and help my mother make chapatis. I was daddy’s little girl.”

Set in 1980s Gujarat, “Raees” tells the story of a bootlegger whose “business” is thwarted by a tough policeman. The film is produced by Excel Entertainment and Red Chillies Entertainment.