‘Stranger Things 4’ is Netflix’s no. 3 most popular TV season among Eng-lang titles 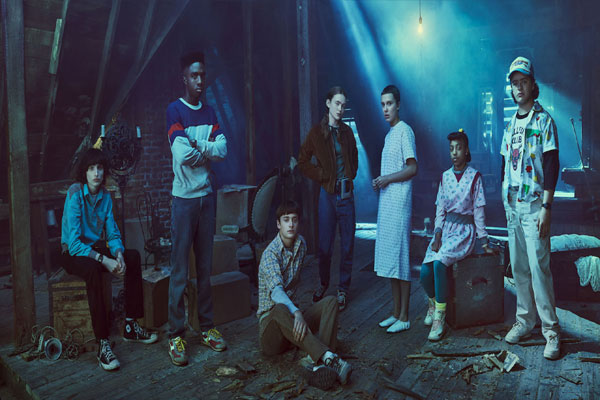 According to ‘Variety’, now, after the season’s first full week of availability, its success continued and broke another, and bigger, record: It’s Netflix’s third most popular English-language TV season ever.

Netflix calculates that list based on viewership during a title’s first 28 days of availability, meaning the ‘Stranger Things’ Season 4 still has 18 days to move even higher up the chart, reports ‘Variety’.

According to the streamer’s newly released weekly Top 10 rankings, ‘Stranger Things’ Season 4, Volume 1 has also smashed the record for most-viewed show in a week among Netflix’s English-language TV series, with 335 million hours watched from May 30 to June 5.

That title was previously held by the second season of ‘Bridgerton’, which racked up 251.74 million hours viewed for the week of March 28 to April 3 – its first full week on the streaming service.

South Korean drama ‘Squid Game’ still holds the overall record for most-viewed show on Netflix across a seven-day period, among both English-language and non-English-language titles, with 571.76 million hours viewed in one week.

With those impressive stats, ‘Stranger Things 4′ easily retained its No. 1 position on Netflix’s Top 10 list for English-language TV series during the May 30-June 5 viewing window.

Season 1 of the Duffer brothers’ science fiction series reappeared in the Top 10 the week before Season 4 premiered, and last week, the second and third seasons made the chart as well.

According to ‘Variety’, that trend continued this week: Season 1 led the pack, coming in second place after being viewed for 75.1 hours between May 30 and June 6. Season 2 followed in the No. 3 position with 58.3 million hours viewed, with Season 3 as No. 4 with 47.4 million hours. All in all, ‘Stranger Things’ was viewed for a collective 515.8 million hours during this viewing period.

The continued relevance of the series is undeniable. Nielsen reported on Monday that the combined viewing of all four seasons made ‘Stranger Things’ the third series ever to pull in over 5 billion minutes viewed in one week, and that statistic doesn’t account for viewing on mobile devices or in other countries.

The last two episodes of ‘Stranger Things’ Season 4 will premiere on July 1.

ln the No. 5 position on the Top 10 English-language TV series list for May 30 to June 5 with 42.5 million hours viewed was ‘The Lincoln Lawyer’, and Season 4 of ‘All American’ came in sixth place with 30.6 million hours.