Student hacks teacher with knife in Odisha’s Puri. Here’s why 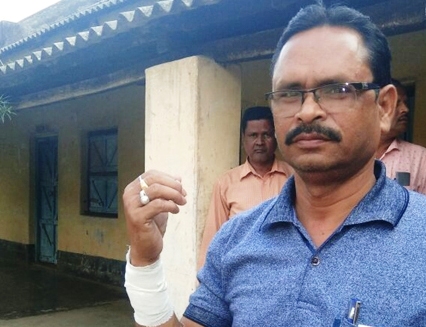 Konark: In a shocking incident, a student of Nayahat Junior College in Odisha’s Puri district allegedly hacked a teacher with knife today, a day after the latter reprimanded him for coming to the college sans uniform.

The accused student, hailing from Niali area, had yesterday come to the college without wearing uniform. Noticing it, English lecturer Ratikant Das reprimanded the student for violating the rules of the college.

While Das was on his way to the college today, the student attacked him with a knife as a result of which he sustained grievious injuries on his right hand. He was later hospitalised.

Acting on a complaint lodged by the principal of the college, police have registered a case into the incident. Investigation into the matter is underway.

Policemen have been deployed on the college campus to avoid further untoward incident.