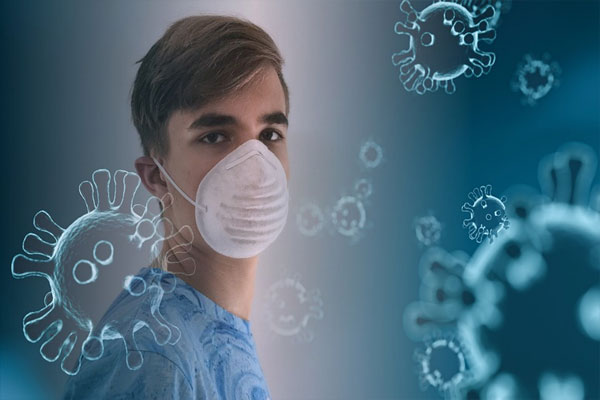 Kochi: A study conducted by a leading medical institution here among Covid patients reveal that the measures taken for the containment of the virus, have led to the disruption of the physical and mental well-being of individuals.

The study was conducted by the Amrita Hospital among 109 Covid patients who were admitted shows high prevalence of panic disorder with a cut off score of eight in Panic Disorder Severity Scale.

The study was published in the Asian Pacific Journal of Tropical Medicine.

“The finding of an increased panic disorder among married patients may be due to their increased responsibilities and the worries about their family and job uncertainty during the pandemic. Similarly, the findings of a decreased panic disorder in patients with recent alcohol use may be explained by the fact that alcohol is a central nervous system depressant. The increased prevalence of panic in smokers may be due to tobacco being a central nervous system stimulant. The study was conducted in hospitalized patients and the results may not be the same amongst Covid at home care,” said Lakshmi.

It was found out that the panic attack is characterized by sudden extreme anxiety and feeling of impending doom along with physical symptoms like increased heart rate, shortness of breath, muscle tensions, chest discomfort, sweating.

“However, on evaluation, their investigations including ECG will be normal. Hence, the need to understand such attacks for proper diagnosis is important. The duration of a panic attack can vary from seconds to hours, but typically the symptoms reach a peak within ten minutes of onset, and last for roughly 30 minutes,” added Lakshmi.