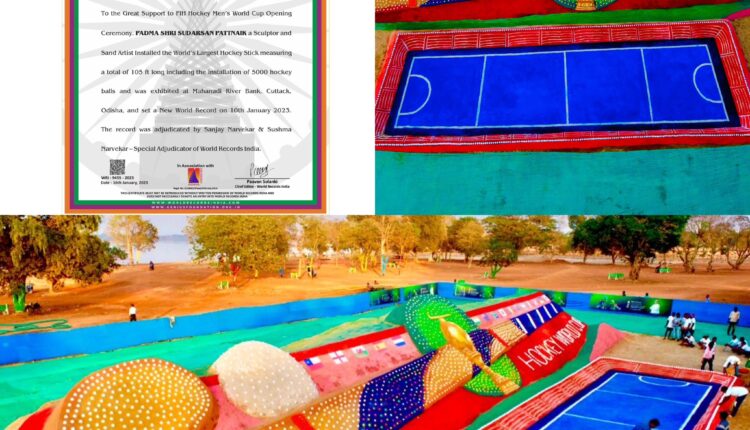 Bhubaneswar: A sand hockey stick sculpture created by internationally-acclaimed sand artist Sudarsan Pattnaik has created world record for being the largest one.

The record was certified by the World Records India.

The 105-feet-long sand art also comprises around 5000 hockey balls. The sculpture was exhibited at Mahanadi river bank in Cuttack on January 10 for the Men’s Hockey World Cup.

The record was adjudicated by Sanjay Narvekar and Sushma Narvekar, Special Adjudicators of World Records India.

Our largest sand hockey stick set a New World Record, which was 105 ft long with installation of 5000 #hockey balls.This was created for the opening ceremony of Men’s Hockey WorldCup.Honour for us to get this recognition from World Records India Organisation. #HockeyWorldCup2023 pic.twitter.com/N9npx5eUi5