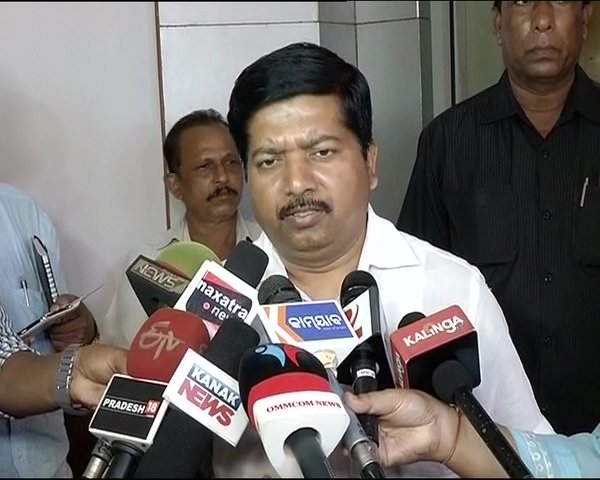 “Atanu Sabyasachi Nayak has sent me his letter of resignation. He has resigned on moral grounds. I have accepted his resignation and have sent his letter on to the Governor,” said Naveen addressing reporters this evening.

Nayak also maintained the same stance and issued a press notification stating, “I have resigned on moral grounds”.

Even though opposition Congress and BJP welcomed the resignation, both parties demanded further action.

“We welcome the resignation. He had failed to do his job in many areas. May it be in Nagada deaths, Dana Majhi incident or the ongoing Japanese Encephalitis deaths where 200-250 have died, this government failed. He failed. He should have resigned before. We also demand action against the Health Secretary,” said Congress Chief Whip Tara Prasad Bahinipati.

“Not only the Health Minister, but also the Chief Minister — in his capacity as the Home Minister of the state — is responsible for the Sum hospital incident. We demand his resignation,” said Odisha BJP President Basant Panda.

It may be mentioned here that the opposition members have been alleging that Nayak had done undue favours to Sum authorities in obtaining necessary NOCs as his wife was employed in an educational institute run by the same group that runs the hospital.

Besides, the opposition leaders had long been pressing for his resignation over several other issues including Nagada deaths, Dana Majhi incident and Japanese Encephalitis deaths. BJD Vice President Damodar Rout joined the opposition yesterday and criticized the minister for his ineffective administration.

‘SUM Hospital license renewed on the basis of CDMO’s NOC’