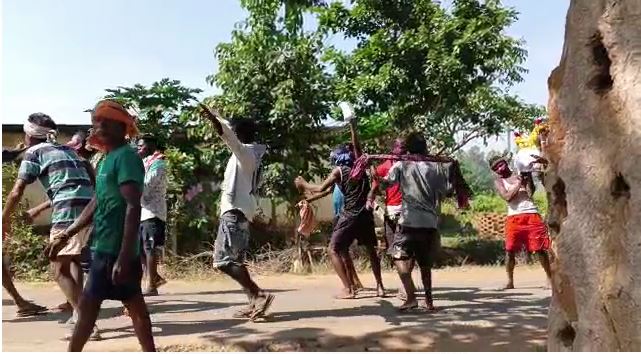 Sundargarh: It was a funeral like no other. While mourning usually marks the death of a person, locals of Panchra gram panchayat in Kutra block of Odisha’s Sundargarh district ‘celebrated’ the death of a 115-year-old woman with DJ music during the funeral procession.

The incident took place on Sunday and later came to fore as a video of the villagers dancing to the tune of music during the procession surfaced on social media and went viral.

According to reports, the centenarian woman, identified as Sombari Soren, died of old age at her house located in Khadiapada hamlet of the panchayat.

After the woman’s demise, her kin decided to celebrate the fact that she lived such a long life.

Accordingly, arrangements were made for the DJ music as the system was kept on a vehicle while the locals followed it dancing all the way to the cremation ground, where her son lit the funeral pyre.

The woman is survived by three sons, a daughter and grandchildren.

“It’s a tradition in our community to bid a happy farewell to anyone who lives a long life. We kept the tradition intact with family members, friends and villagers by dancing during the funeral procession,” said one of her sons.