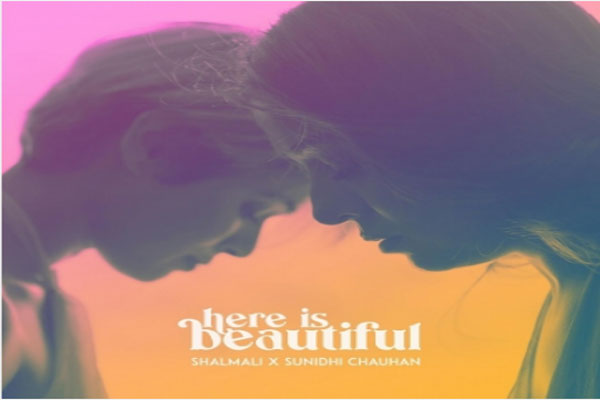 The track emerged as a result of her conversation with Sunidhi when the two decided to collaborate. As part of an extensive launch, Shalmali will be releasing the album in two phases — “2X Side A” dropping on April 30, and “2X Side B” later in the year, with a total of 12 tracks.

“I’ve been in the music industry for almost 10 years now, but I’ve never experienced music the way I have made this album. This, to me truly, is my best work so far. I had the opportunity and privilege of working with and singing alongside my idol, Sunidhi Chauhan. I don’t know if anything will ever come close to this,” Shalmali says.

Sunidhi adds: “Working with Shalmali on ‘Here is beautiful’ has been delightful. Never thought we would end up doing something so special over our casual meetings and coffees. I’m glad that I got to know the brilliant songwriter and a composer in her because she’s just amazing and I couldn’t resist being a part of an album that is so important and path-breaking for her. If I may say so, I’m proud.”

Vaccinated people may get infected with COVID-19: Odisha top official