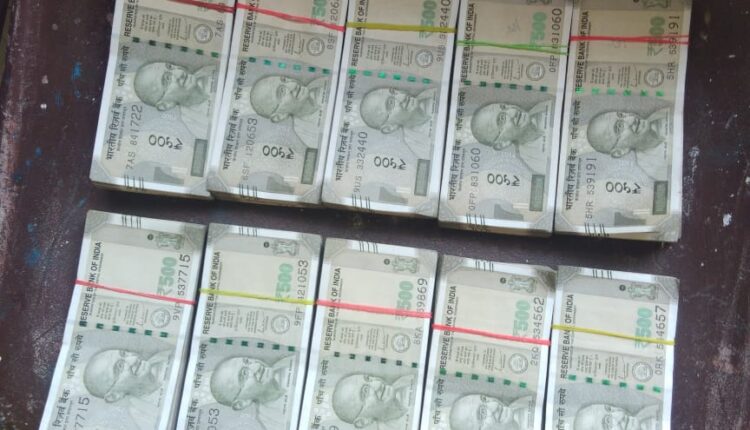 Bhadrak: Vigilance sleuths today arrested a superintending engineer and his relative over suspected possession of ill-gotten cash in Odisha’s Bhadrak district. The accused were identified as Srimanta Kumar Sethy, Superintending Engineer of Salandi Canal Division, Bhadrak and his brother in-law, a shopkeeper. Official sources said the duo was apprehended with Rs 5 lakh cash for which Sethy could furnish a satisfactory explanation. The amount has been recovered from their possession.

Following the interception, the anti-corruption bureau carried out simultaneous raids in Sethy’s properties which include the government quarters at B/5 Delta Colony, Unit-8 Bhubaneswar, residence at Bhadrak Town and brother in-law’s house at Khantapada in Balasore district. Till reports last came in, searches were continuing.