Superstition! Odisha man bitten by snake rushed to temple instead of hospital

The victim was working in the field when a poisonous snake bit him. 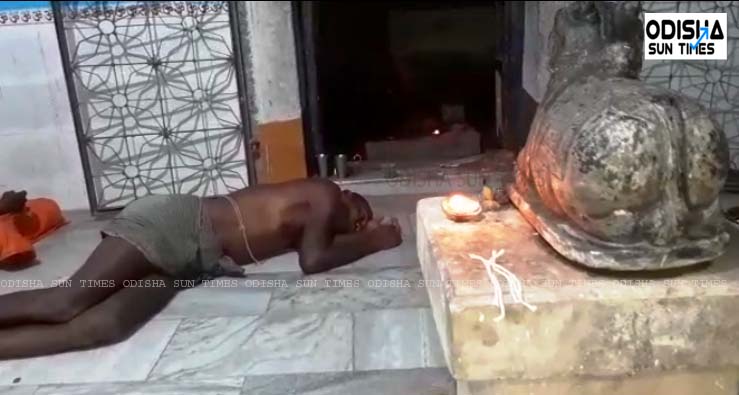 Jajpur: In what could reveal the deep roots of superstition prevailing in the rural belts of Odisha, a 45-year-old man bitten by a snake was rushed to a temple by his family members instead of a hospital at Asanajhar village under Korei block in Jajpur district.

Reportedly, one Ramakant Nayak of the village had gone to his farmland this morning, when a venomous snake bit him. Realizing the snakebite, when Nayak rushed towards his house, he lost consciousness and fainted on the ground.

Seeing Nayak, a few locals called up an ambulance to admit him in a hospital. Shockingly, when the ambulance reached, Nayak’s family refused to take him to hospital and took him to a nearby Shiva temple to prostrate before the deity for his recovery. After waiting for over an hour, the ambulance drove back.

Even though locals insisted the family members to take the snakebite victim to a hospital for treatment, the latter did not pay any heed. The whole family were prostrating inside the temple till the last report was filed.