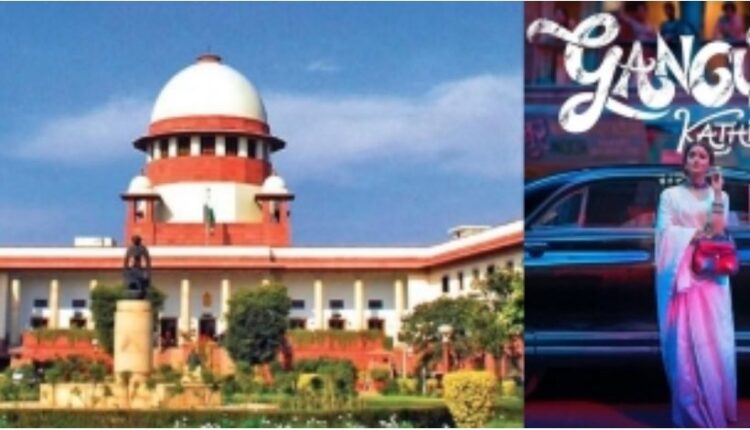 New Delhi: Ahead of release of Alia Bhatt starrer “Gangubai Kathiawadi”, the Supreme Court on Wednesday suggested changing the name of the movie against the backdrop of the several cases against it pending before courts.

The Sanjay Leela Bhansali movie is scheduled for release on Friday.

During the hearing, a bench of Justices Indira Banerjee and J.K. Maheshwari suggested the filmmakers change the name of the movie, in the backdrop of pending court cases.

“Is changing the title possible?” the bench asked.

However, the petitioner’s counsel insisted on an interim stay on the release of the movie, while the respondent’s counsel argued that a name change, days before the release, would not be possible.

An appeal challenging the Bombay High Court order was filed by Gangubai’s adopted son, through lawyers Arun Kumar Sinha and Rakesh Singh, claiming that the novel and the movie tarnished the image of the petitioner, his deceased mother and other family members and such statements in the plaint satisfy the ingredients, which defines defamation.

The plea said: “Because the high court while keeping the first appeal pending, in the facts and circumstances of the present case, ought to have granted temporary injunction restraining the respondents from printing, promoting, selling, assigning etc., the novel namely ‘The Mafia Queens of Mumbai’ or the film namely ‘Gangubai Kathiawadi’, which are admittedly defamatory in nature.”

The plea sought an injunction against Bhansali Productions from producing, directing or airing the promo of any film based on the novel, and also the Alia Bhatt movie.

The top court was hearing an appeal against the high court order, which continued the stay on the summons issued by a Mumbai court in a criminal defamation complaint against actress Alia Bhatt, the producers of “Gangubai Kathiawadi”, and authors S. Hussain Zaidi and Jane Borges, who wrote the book.

It is likely to continue to hear the matter on Thursday.