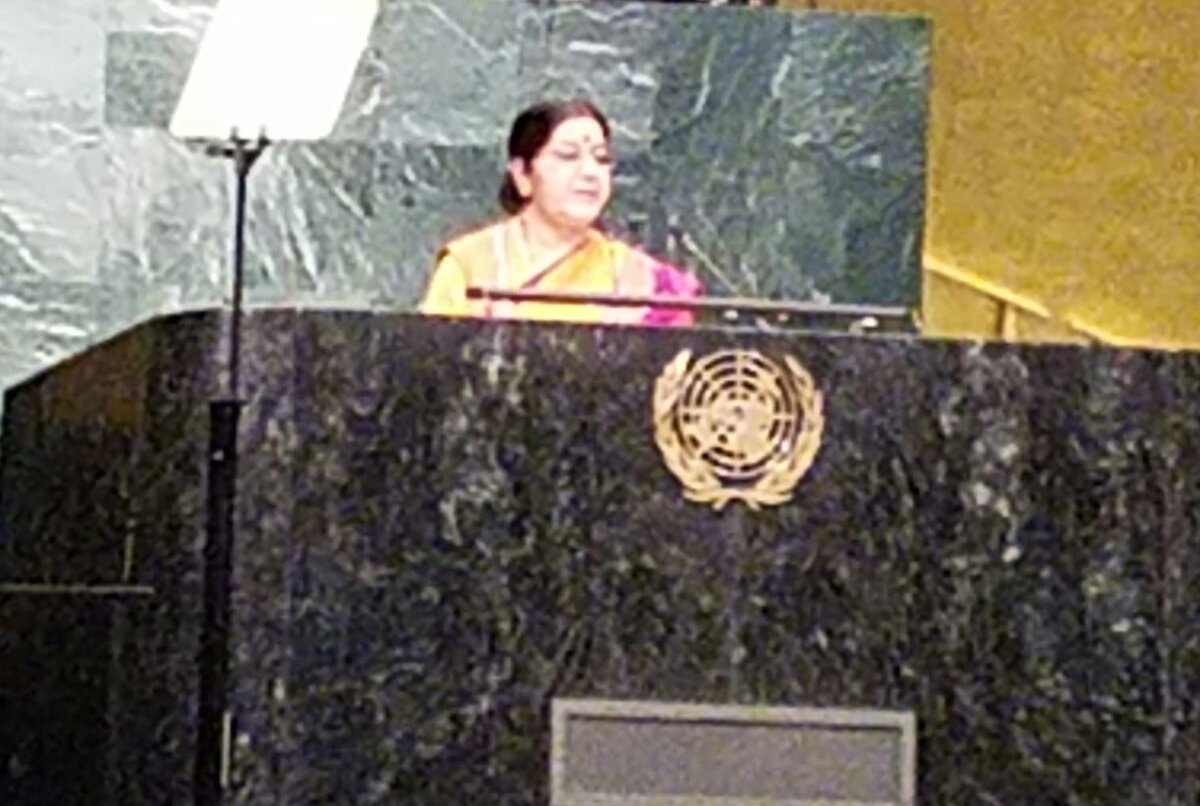 Pakistan has described Indian External Affairs Minister Sushma Swaraj’s address to the UN, in which she accused it of supporting terrorism, as a “litany of falsehoods” and “a travesty of facts and history”.

Pakistan’s Permanent Representative to the UN Maleeha Lodhi said Jammu and Kashmir “never was and can never be an integral part of India”, reiterating her country’s claim over the state after Sushma Swaraj suggested to Pakistan to abandon the dream of capturing the territory.

Lodhi, in Pakistan’s Right of Reply, cast doubts on the September 18 terror attack in Uri that has spiked tensions between the two neighbours.

She said the attack “has all the hallmarks of an operation designed to divert attention from India’s atrocities in occupied Jammu and Kashmir”.

Lodhi was referring to the ongoing unrest in Jammu and Kashmir that has left 90 people dead in clashes between stone pelting mobs and security forces, triggered by the July 8 killing of a militant commander.

The envoy termed the deaths in the Kashmir Valley as “worst form of state terrorism, a war crime, that India has continued to perpetrate…in Jammu and Kashmir for the past many decades”.

Addressing the UN, Sushma Swaraj on Monday said Pakistan was in denial over its support to terrorism and believed that terror attacks “will enable it to obtain the territory it covets.

“My firm advice to Pakistan is abandon this dream. Let me state unequivocally that Jammu and Kashmir is an integral part of India and will always remain so.”

“Jammu and Kashmir never was and can never be an integral part of India. It is a disputed territory, the final status of which has yet to be determined in accordance with several resolutions of the UN Security Council.”

She also rebutted Sushma Swaraj’s remarks that India had laid no pre-conditions for peace talks with Pakistan.

“India suspended talks more than a year ago, and has refused to resume them despite repeated offers from Pakistan and advice from the international community.”
(IANS)