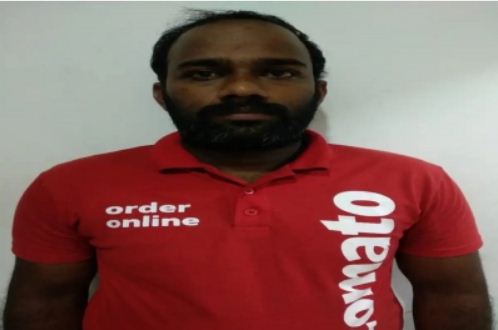 Bengaluru: Nearly week after Bengaluru-based model-turned-makeup artiste complained that a Zomato delivery boy had attacked her, the accused filed a counter complaint against her on Monday, police said.

In his complaint filed at the Electronic City Police Station here, Kamaraj accused Hitesh Chandrani of abusing and slapping him, falsely accusing him of assault, and defaming him.

Chandrani had shared a video clip on Instagram and Twitter, alleging that a Zomato delivery boy had hit her and run away after a heated argument with her.

She claimed that a delay in delivery of food was the reason for their argument. Acting on her complaint, police acted against the food delivery boy and arrested him.

After Chandrani’s video went viral, Zomato apologised to her for the incident and promised necessary action.

However, the issue took a local vs outsider angle with a section of Kannada activists siding with Kamaraj, who had not only lost his job but also was in police custody.

After he was released, Kamraj, with the help of Kannada activists, posted a video too, accusing Chandrani of hitting him and hurling abuses at him.

He added that she had hit him with “slippers”.

“After I arrived at the door of her apartment, I gave her food and I was expecting her to pay me (as she chose cash as payment mode),” Kamaraj said, adding that he also apologised for delay in delivery due to traffic and bad roads but Chandrani was very rude to him.

Police have registered a case and are investigating.