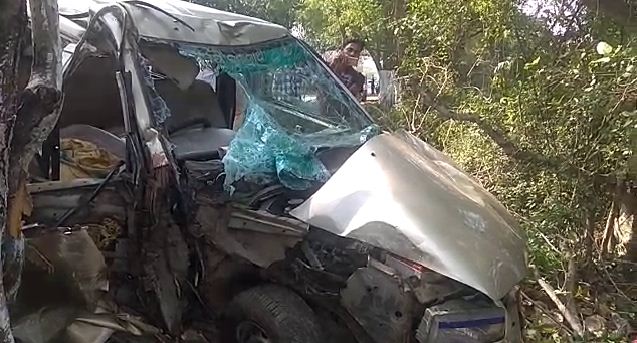 Puri: An SUV rammed into a roadside tree on Konark Marine Drive road in Odisha’s Puri district today killing a person and injuring eight others critically.

According to police sources, two families of West Bengal had come to Puri for a visit. Eight persons of the two families today planned to visit Konark and were heading towards the tourist spot in a Tavera when the driver of the SUV lost control over the wheels, as a result of which the vehicle rammed into a roadside tree near Liakhia bridge.

The driver of the SUV, identified as Jyotiprakash Mishra, died on the spot. He was crushed to death inside the vehicle, which was completely mangled after the accident.

The eight tourists, who sustained grievious injuries in the mishap, have been admitted to the Puri district headquarters hospital.