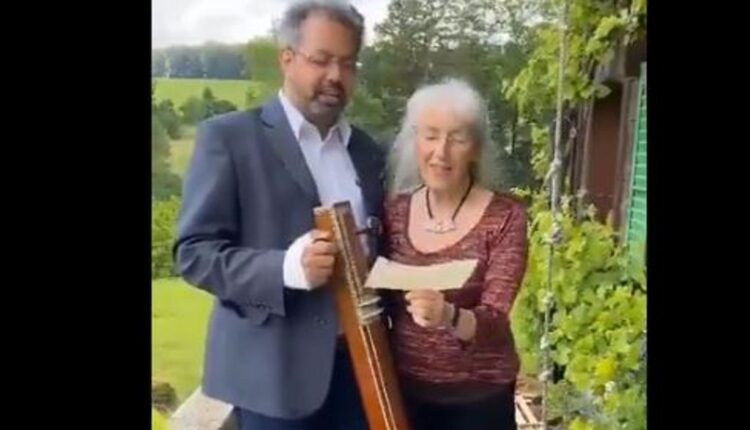 Bhubaneswar: While lakhs of people across Odisha and many others outside the state on Saturday stood up at 5.30 pm and sang ‘Bande Utkala Janani’, key personalities from some unexpected quarters also recited the State the song written by Kantakabi Laxmikanta Mohapatra.

Swiss Member of Parliament Dr Nik Gugger along with his mother Elizabeth Gugger sang Bande Utkala Janani as a salute to Odisha COVID-19 warriors. A video of the Swiss MP and his mother singing the song was posted on Twitter.

Odisha Chief Minister Naveen Patnaik thanked the Swiss Member of Parliament for showing a gesture of solidarity with frontline workers engaged in the fight against COVID-19 in the State.

“Thank you Dr @NikGugger for joining us to honour our #CovidWarriors. #BandeUtkalJanani,” Patnaik said in his reply tweet.

The Chief Minister also thanked noted Singer Asha Bhosle, Musician Shankar Mahadevan, Union Minister Dharmendra Pradhan and others who posted in social media visuals of their singing of ‘Bande Utkala Janani’ to boost the morale of the people engaged in tackling the deadly virus.

The Chief Minister said Odisha has achieved a rare feat in containing the pandemic while many powerful nations and rich states within India have not been able to control the situation. He sought cooperation from all sections of the society to defeat the pandemic.