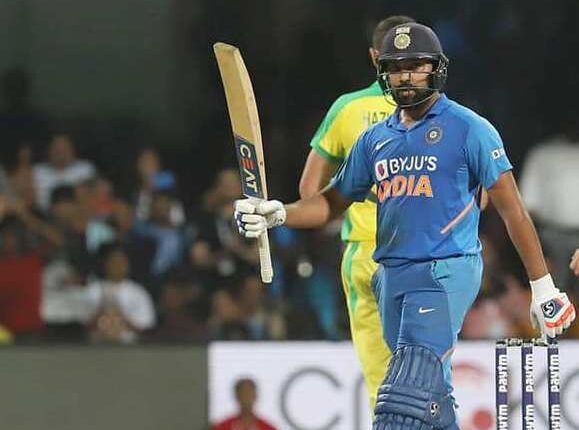 Bhubaneswar: Team India’s opener and vice-captain Rohit Sharma in an Instagram post recalled India’s 2007 T20 World Cup victory and urged the men-in-blue to repeat history in the 2021 edition of the tournament to be held from 17 October to 14 November in the UAE and Oman.

“Sep 24th, 2007, Johannesburg. The day when a billion dreams came true. Who would have thought back then that a relatively inexperienced, young team like ours would end up creating history!! It’s been 14 years since, we’ve come a long way, we’ve created many more histories, we’ve had our setbacks, we struggled, but it didn’t break our spirits. Because we never give up. We give it all!!!,” Sharma Posted.

“This @icc #T20WorldCup each one of us is going to give everything to repeat history. We’re coming for it. India, let’s make it happen,” he added.

Rohit had played three matches in the 2007 ICC T20 World Cup, remaining unbeaten in all three of his innings.

Echoing the same spirit, Sharma’s teammate Surya Kumar Yadav replied, “Can’t wait to smash the balls out of the stadium with you Rohit Sharma bhai. Let’s win it together and make history again.”

“We’re ready to roar, we’re ready to conquer, we’re unstoppable, we’ll give it all to win this @icc #T20WorldCup for India. Let’s make history again!!,” posted Yadav from his Instagram account.

Players of the Indian T20 squad are currently playing for their respective franchises in the ongoing Indian Premier League (IPL) 2021 in the UAE.

India will begin their campaign in the upcoming T20 World Cup against Pakistan in Dubai on October 24.

World AIDS Day: Journey of two women against all odds to…