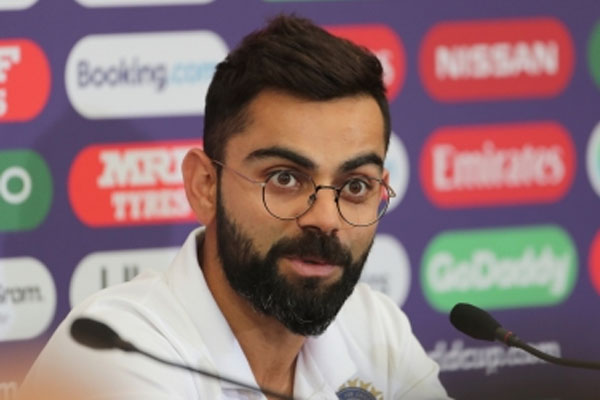 New Delhi: In 1998, Sharjah witnessed a run-storm that to this day gives goosebumps to cricket fanatics. The footage of that historic knock, when Sachin Tendulkar smashed Australian bowlers to all parts of the ground, has millions of views on YouTube.

It was a game that turned into a nightmare for spin wizard Shane Warne. It was later reported that the Australian spent some sleepless nights following the punishment, but Warne, to this date, denies it.

After 23 years, another cricketing feast is expected in the UAE with India taking on Pakistan in Dubai later on Sunday.

Cricket fever seems to have gripped the city ahead of the mouth-watering clash and local pubs, restaurants and even conference halls are booked.

Speaking to IANS, a local resident said, “I am not from India or Pakistan but I just love this cricket rivalry. I always watch their matches, whenever they play.”

Another said that Sharjah became famous following Sachin’s pyrotechnics, and, “I believe that Rohit Sharma and Virat Kohli would relive the magic in Dubai tonight.”

“Dubai is the new Sharjah!” he added.

Sharjah brought international cricket to the desert in the 1980s, with several nerve-wracking games being played between the two nations over the next two decades. With the UAE now hosting the ICC T20 World Cup jointly with Oman, it could become the hottest cricketing destination in the years to come.

Former cricketing greats, too, have expressed their delight over UAE emerging as the new destination for hosting big-ticket events. While it successfully hosted the 2020 IPL, the lucrative tournament was again moved to the Emirates in 2021 after the player bio-bubble was breached in India in May this year.

The Super-12 phase of the T20 World Cup may have begun on Saturday, but the much-awaited India-Pakistan clash is what people around the globe are waiting for.

India and Pakistan will start their campaign at 7:30 PM (IST) and it will be interesting to see who takes the honours, given that so many emotions are riding on this one game.

The captains of opposing teams keep repeating the same sentence that this is “just like any other game”, but both Babar Azam and Virat Kohli know better that it’s just not another game. India have dominated the game on the big stage, winning all five ICC T20 World Cup clashes against their arch-rivals.

Kohli’s boys would like to maintain the country’s 100 per cent record against Pakistan in ICC World Cups, but unpredictability is the name of the game and the neighbours are known to become highly motivated when playing India.

On paper, India are the favourites, given their unblemished record against Pakistan in ICC World Cups. But with the T20 format bringing with it lots of unpredictability, coupled with the fact that it doesn’t get any bigger than this among cricket rivalries, the team that handles pressure better will emerge the winner.

During the 2017 Champions Trophy final, India, with some of the finest players in their ranks, disintegrated under pressure. Last week saw what pressure could do to teams when Scotland stunned Bangladesh in a qualifying game of the T20 World Cup.

As always, tonight’s game is expected to be a clash between India’s batting and Pakistan’s bowling. India has batters like KL Rahul, Rohit Sharma, Virat Kohli, Rishabh Pant and Hardik Pandya, while Pakistan boasts of an attack that has Imad Wasim, Shaheen Afridi, Haris Rauf, Shadab Khan and Hasan Ali.

Of late, India has produced some of the best bowlers in the world and Jasprit Bumrah, Mohammed Shami, Varun Chakraborty and Ravindra Jadeja would like to showcase their bowling prowess against the likes of Babar Azam, Mohammad Rizwan, Fakhar Zaman, Shoaib Malik and Mohammad Hafeez.

India had emerged World T20 champions in 2007, defeating Pakistan by five runs. In 2016, the Men in Blue reached the semifinal but lost to the West Indies, who went on to win the title defeating England, with Carlos Brathwaite’s last-over batting heroics finishing off the opposition.

Pakistan had won the T20 World Cup in 2009 defeating Sri Lanka by eight wickets. They have so far played 34 T20Is on the big stage, winning 19 matches and losing 15.

Kohli would like to win this title desperately if only to silence his critics, who say that he is a “failure” in ICC tournaments. Being the highest run-scorer in T20 cricket — he has played 89 matches and scored 3159 runs at a strike rate of 139.04 — Kohli would like to relinquish his T20 captaincy on a high.

Kohli has so far captained India in 45 T20Is, with India winning 29 matches and losing 14. On the other hand, Pakistan captain Babar Azam has captained his side in 28 matches, winning 15 and losing eight.

Kohli’s individual performance against Pakistan also indicates that the India skipper too gets that extra motivation when playing against the neighbours. Kohli has so far played three innings against Pakistan in the T20 World Cup, in which he has been not out on all three occasion, scoring 78, 36 and 55 runs.

Azam is known for his strong performance in every format, having scored 2204 runs in 61 T20I matches at an average of 46.89. He has a total of 20 half-centuries to his name and a T20I century as well. Azam is also in the list of three Pakistan batsmen who have scored more than 2000 runs, Mohammad Hafeez (2429) and Shoaib Malik (2335) being the others.

Brazil most likely to win World Cup, but not guaranteed: Oxford mathematician