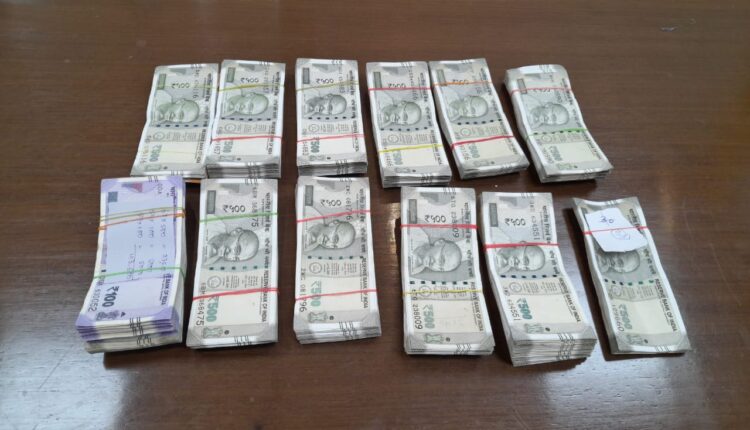 Nimapada: Nimapada Tahasildar landed in Odisha Vigilance net after a huge cash was recovered from his possession here today.

Acting on a tip-off, a team of Vigilance officials intercepted Rama Chandra Jena, the Tahasildar and in-charge Sub-Registrar, at around 5.00 AM near his official residence in Nimapada and recovered Rs 4,65,000 cash from him.

During search at his government quarters at Nimapada on charges of amassing properties disproportionate to his known sources of income, the sleuths recovered Rs 50,000 from the house.

Till the last report came in, simultaneous searches were underway at the official’s residence at Sector 11, CDA, in Cuttack city and his native Dhanmandal under Garadpur Block in Kendrapara district.

What are green crackers? Meaning, formulation and all you need to know