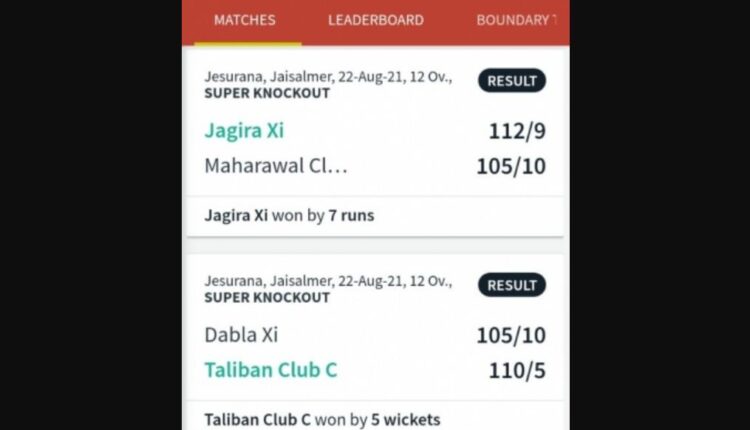 Jaipur: At a time when Taliban fighters have taken over Afghanistan, a group in Rajasthan has named their cricket team as ‘Taliban Cricket Club’, triggering a row.

The group in Bhaniyana village in Jaisalmer district, located some 36 km from Pokhran, the strategically important town, contested in a local tournament with its team named Taliban. However, the organisers have removed the team from the tournament soon after realising their mistake.

As per sources, this particular area is dominated by the minority community and is considered sensitive as the Pokhran firing range is located nearby.

Ismael Khan, an organiser of the tournament, said, “The team with the name Taliban was included by mistake. It has been removed from the tournament now.”

Another member of the organising committee confirmed that the team was removed from the tournament soon after the completion of its first match and a complete ban has been imposed on it.

He added that online scoring has been initiated this time due to which the incident got reported.

The organisers also apologised and assured that such an event will not be repeated.