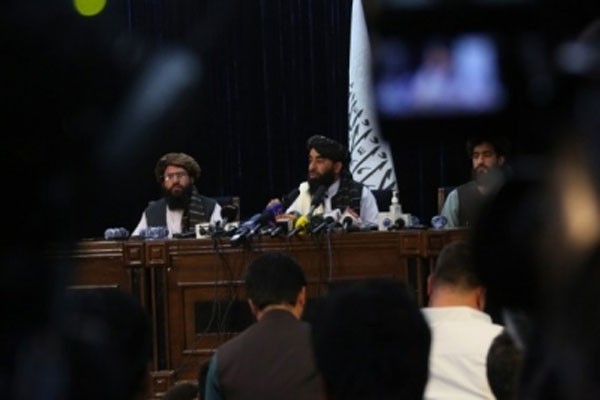 Kabul: The Taliban met former Afghan President Hamid Karzai and Chairman of the High Council for National Reconciliation Abdullah Abdullah as the insurgent group is seeking to form a new government in the war-torn country.

The meeting on Wednesday night came after former Afghan President Ashraf Ghani left Afghanistan following the Taliban’s takeover of most parts of the country, including the capital city of Kabul, on Sunday, reports Xinhua news agency.

Karzai, who was the President from 2001 to 2014, has been leading efforts to ensure a peaceful transfer of power in Afghanistan, according to media reports.

TOLO News said that Wednesday’s meeting took place in Abdullah, but there were no further details of the discussions.

On Tuesday the Taliban confirmed to TOLO News that they seek to establish an inclusive government in Afghanistan.

A Taliban official told TOLO News that the results of their discussions with Afghan politicians and representatives from the international community about forming an “inclusive government” will be made public soon.

Sources close to Karzai and Abdullah said that Amir Khan Motaqi, a senior member of the Taliban leadership, in a meeting with Afghan politicians on Monday pledged to establish an inclusive government.

“The discussion is how can an inclusive government be established that is accepted by all and that will lead society toward prosperity,” TOLO News quoted Gul Rahman Qazi, a close aide to Karzai.

Since the US troops started to pull out of Afghanistan on May 1, the Taliban has been advancing quickly on the battlefield. During the past two weeks, the group has captured most of Afghanistan’s territories.

The fast-evolving situation in Afghanistan has aroused deep concerns in the international community.

On Wednesday, various countries voiced their call for restraint and peace in the war-battered country.

Russian President Vladimir Putin and his Iranian counterpart Ebrahim Raisi agreed on the importance of establishing peace and stability in Afghanistan in a telephone call.

“Much attention was paid to the events unfolding in Afghanistan. Willingness to contribute to the establishment of peace and stability in this country was expressed,” the Kremlin said in a statement.

Turkish President Recep Tayyip Erdogan said his country welcomes the “moderate” statements made by the Taliban leaders in Afghanistan.

“We have already stated that we can receive the leaders of the Taliban. We maintain this attitude today. We also welcome the moderate statements made by the Taliban leaders,” Erdogan said during a televised interview.

Meanwhile, in the face of mounting criticism, US President Joe Biden has been defending his decision to withdraw troops from Afghanistan.

In an interview with ABC News on Wednesday, the President said that the US military could extend its mission in Afghanistan beyond August 31 to evacuate Americans on the ground.