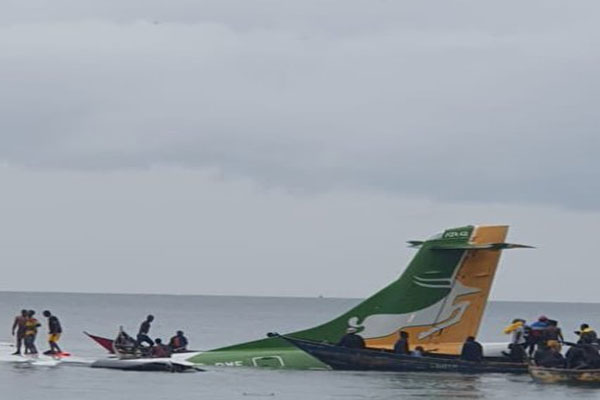 Dar Es Salaam: A Tanzania passenger plane, reportedly carrying some 40 people, crashed into the shores of Lake Victoria on Sunday morning, before a touchdown at an airport in Tanzania’s western region of Kagera.

William Mwampaghale, Kagera regional police commander, confirmed the plane accident but could not say whether there were casualties, Xinhua news agency reported.

“I am at the scene of the accident where rescue work is underway,” he said, promising to give further details later.

There is no official confirmation as of now as to how many people were on board.

Reports from Kagera region said the plane was flying from Dar es Salaam region to Bukoba airport in Kagera region, crashed into the shores of the lake after it was hit by a storm.

$8 Twitter Blue with verification in India in less than a month: Musk