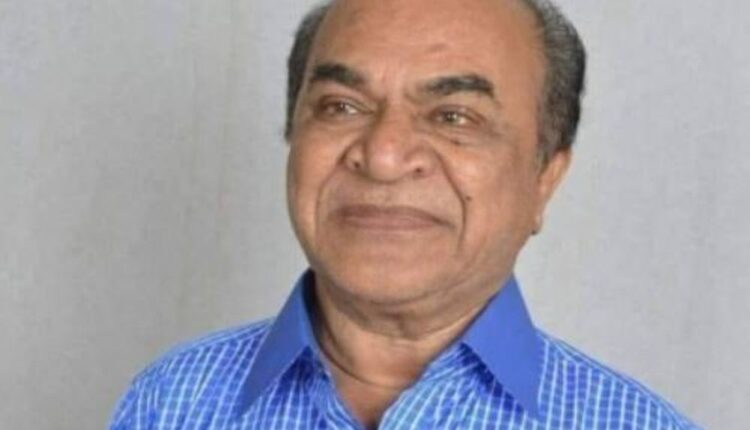 Mumbai: Television actor Ghanashyam Nayak, better known as ‘Nattu Kaka’ of the long-running Hindi sitcom “Tarak Mehta Ka Ooltah Chasmah”, passed away in Mumbai on Sunday, losing his battle against cancer. He was 76.

The announcement was made on social media by Asit Kumar Modi, the producer of the serial, which has been on air since 2008.

Nayak started as a child artiste in 1960 and went on to have a crowded career in Gujarati and Hindi films and on the Gujarati stage. He even lent his voice as a playback singer, teaming up with Asha Bhosle and Mahendra Kapoor.

He’ll however be remembered most fondly for playing Natwarlal Prabhashankar Undhaiwala aka Nattu Kaka, who handles the accounts section of the electricals store run by the serial’s principal character, Jethalal Gada, essayed by Dilip Joshi. Whenever Jethalal assigns Nattu Kaka some work he doesn’t want to do, he pretends to not have heard and shouts, “Heh, ‘mujhe kuch kaha’? (Did you say something to me?)”

Those words will remain the collective memory of the countless fans Ghanshyam Nayak leaves behind.

Vicky Kaushal, Katrina Kaif to get married at this venue next week

Brahma Mishra, who played Lalit in ‘Mirzapur’, passes away