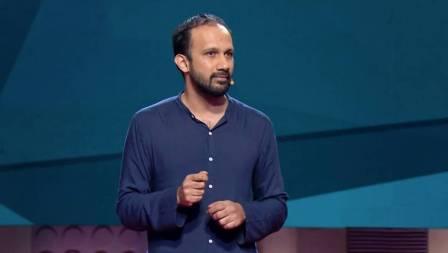 Bhubaneswar: In what could be a pat for the Odisha government, noted researcher and human settlement expert Gautam Bhan praised Chief Minister Naveen Patnaik for his decision to provide land rights to slum dwellers.

The show was anchored by Bollywood superstar Shah Rukh Khan.

When the actor asked Bhan to know about steps taken in India on human settlements, the noted researcher said: Take the example of Odisha, their Chief Minister Naveen Patanik has decided to provide permanent land patta to the basti dwellers in urban areas of the state,” said Bhan adding “Patnaik’s decision should not be considered as populism rather it should be viewed as economic development strategy, because the economic development can only happen from the bottom, not from the top level.”

The Chief Minister’s Office has also tweeted the video.

Noted settlement expert @GautamBhan80 hailed CM @Naveen_Odisha’s decision for land rights to slum dwellers as a game changer. At #TEDTalksIndiaNayiSoch hosted by @iamsrk he said it is not populist but economic development strategy for inclusive growthhttps://t.co/fVJ7ENC9Tv pic.twitter.com/oCuLl4sIuL

He also cited the example of Ahmedabad in Gujarat, where the government, over 10 years, developed amenities like water and electricity in a slum cluster.

Worth mentioning, Odisha government, on August 08, had decided to provide land rights and property rights to sulm dwellers in small towns and cities respectively.

Both land rights (in municipalities and NACs) and property rights (in corporations) will be settled with landless slum dwellers on dates determined by the state government while framing rules of the ordinance.

“Settlement of land shall be made in actual occupation up to a maximum limit of 60 square metres (600 sq/ft) in a NAC and 45 square metres (450 square/feet) in a municipality area,” Chief Secretary A P Padhi had told media.