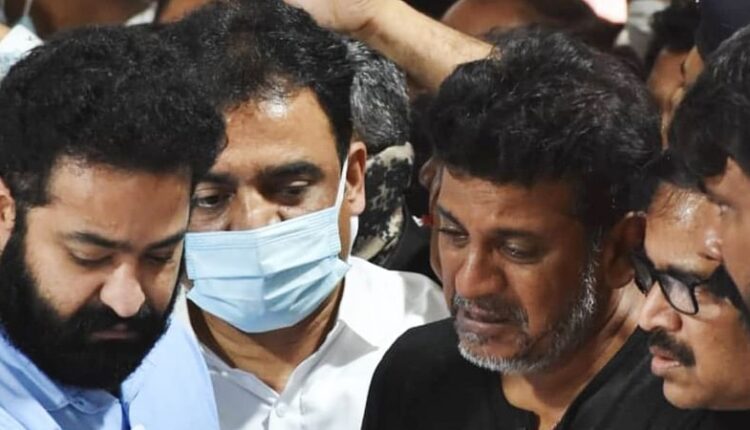 He was accompanied by KGF Director Prashanth Neel. Junior NTR stood for a while looking at the mortal remains of Puneeth and later, hugged Puneeth’s elder brother, Shiva Rajkumar.

The Telugu actor also consoled Shiva Rajkumar who was in tears. He too broke down while consoling him.

Junior NTR shared a special bond with Puneeth’s family. He had come to Bengaluru earlier to sing a song for Puneeth’s movie ‘Chakravyuha’.