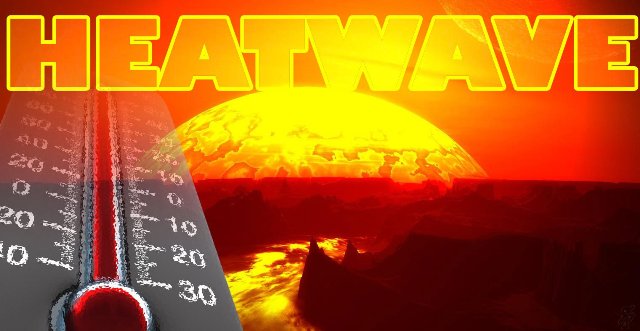 Bhubaneswar: As the political temperature in Odisha is heating up for the ongoing Lok Sabha and Assembly elections, the people of the State heaved a sigh of relief as there was a substantial drop in the maximum temperature today.

Most parts of the State got temporary relief from the scorching sun today as the maximum temperature dropped by two to three degrees in almost all stations in the State.

Only Malkangiri recorded highest day temperature of 40 degrees Celsius in the State, according to the India Meteorological Department’s Bhubaneswar centre.

The State capital Bhubaneswar, which had virtually turned into a boiling cauldron just three days back recording 43.7 degrees Celsius, witnessed a massive drop in the day temperature today at 37.7 degrees Celsius.

Respite from heatwave as mercury dips in Odisha

The residents of the neighbouring Cuttack city too have got a relief from sweltering heat. The Millenium City recorded 37 degrees Celsius.

The mercury in both coastal and western Odisha towns continue to remain below 40 degrees Celsius for the second consecutive day.

The Met Department has predicted that there will be no significant change in the maximum day temperature in the next two or three days. It, however, said there will be a gradual rise by 2-3 degrees Celsius thereafter.

Mercury soars above 40 deg C at seven places in Odisha