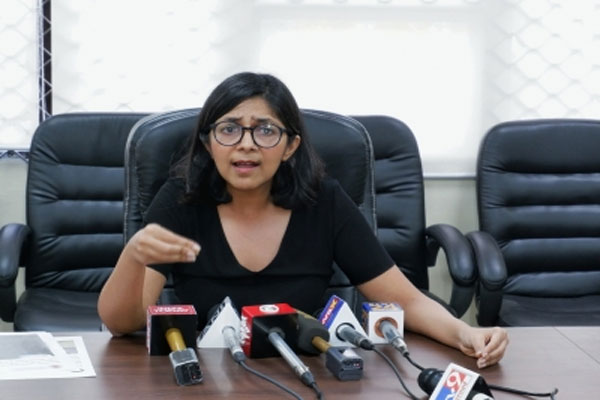 New Delhi: To mark the tenth year of Nirbhaya’s brutal gang-rape in 2012, the Delhi Women Commission (DCW) has urged Lok Sabha Speaker Om Birla and Rajya Sabha Chairman Jagdeep Dhankhar to suspend day’s business and ensure a detailed discussion on women’s safety and security in both Houses of Parliament.

“As you may be aware, today is the tenth anniversary of Nirbhaya. She was gang-raped brutally in December 2012 and was subjected to the most horrific atrocities by the rapists. The incident shook the conscience of the country which witnessed unprecedented protests that ultimately led to several legal reforms,” the DCW said in a letter addressed to the Lok Sabha Speaker and Rajya Sabha Chairman.

“However, 10 years have passed since the gruesome incident and crimes against women and girls are only increasing in the country. Every day, there are six rapes reported in the national capital itself. An 8 month-old baby and a 90-year-old woman have also been raped in Delhi,” the letter reads.

DCW Chief Swati Maliwal said that hardly any steps have been taken for strengthening and fixing accountability of police, forensic laboratories and trial courts. Even acid continues to be sold openly across the country in complete violation of the Supreme Court guidelines.

“The increasing crimes against women and girls in the country is a matter of great concern and needs to be urgently acted against. I therefore request your hon’ble self to kindly suspend today’s business in Lok Sabha and ensure that the matter regarding the rising crimes against women and girls is properly discussed in the House so that urgent steps are taken on this pertinent issue”, said the DCW Chief in the letters addressed to both Houses.

1 dead, over 40 hurt as passenger bus overturns in Odisha’s Mayurbhanj