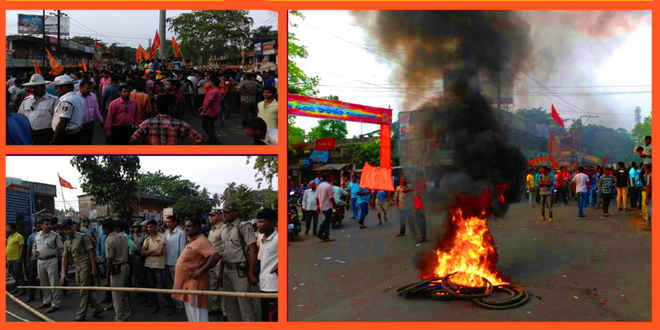 The Bhagat Sena Ram Navmi Samiti has lodged a complaint with police in this regard.

Following uproar, section 144 of CrPC was clamped in the town, sources said.

Police forces have been deployed in the town to prevent any untoward incident.