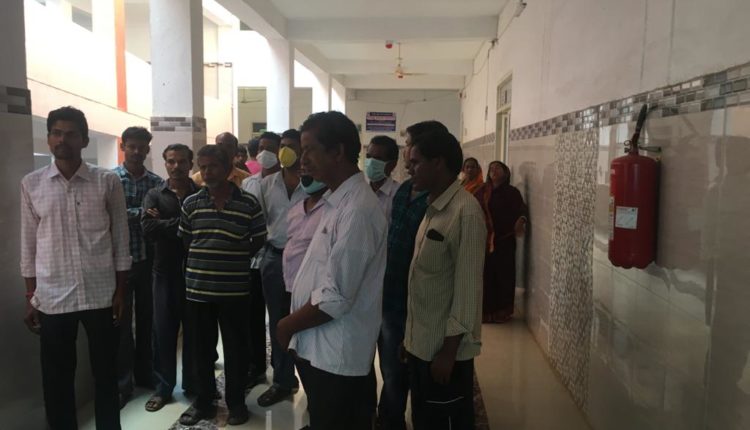 Nayagarh: Tension ran high at Rajsunakhala Community Health Centre in Odisha’s Nayagarh district today as a woman delivered a stillborn baby allegedly due to negligence by a doctor.

According to reports, Sulochana Sahu of Sanakali village under Ranpur block of the district was admitted to the hospital after she complained of labour pain. Husband of the woman alleged that gynaecologist Jibrail Khan walked out of the labour room while the delivery process was underway.

Nurses at the labour room carried out the delivery without the presence of the doctor for which the baby died, he said. Villagers of Sanakali later reached the hospital and created ruckus demanding action against the doctor.