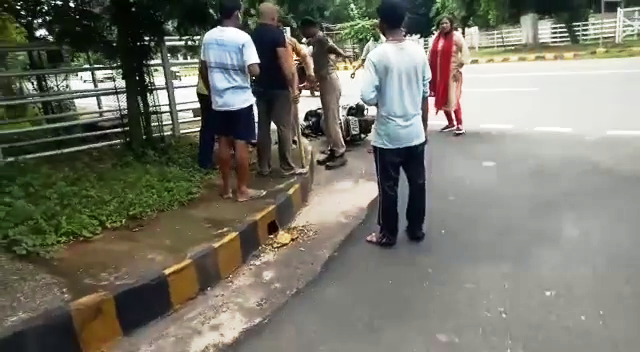 Bhubaneswar: Tension  ran high in the state capital this morning after a man allegedly assaulted a woman and later attacked police personnel near Lower PMG Square. However, police have detained the accused, who is believed to be mentally challenged.

As per sources the man intercepted the woman while she was moving in a scooter near Lower PMG Square and later attacked her.  Later, few  policemen present nearby rushed to her rescue and detained the youth for his misconduct. However, the man again ran towards the nearby police camp, removed all his clothes and attacked the cops with a bamboo stick. After much drama, police were able to get hold of him and took him to police station for questioning.

Bad news for revellers: No zero night celebrations in Odisha…

A police personnel and the man suffered injuries during the confrontation.

“He groped my neck and started beating me. He also abused me in filthy language. I don’t know whether assaulting was his only motive or he had loot intention. I do not know, he might be mentally retarded,” said the woman.