ODISHA LATESTTOP
By Sambad English Bureau On May 17, 2020 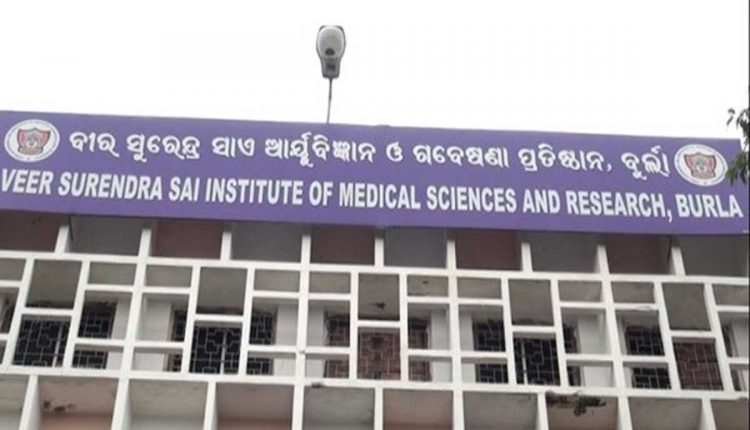 Sambalpur: Tension erupted at the VIMSAR in Sambalpur district over alleged medical negligence after doctors attending to an expectant mother declared an unborn baby dead. Later, the woman delivered a live baby girl in a private nursing home in the district.

The patient Jayanti Nayak from Teladihi village of Jharsuguda district was eight-month pregnant. She was admitted to the  Veer Surendra Sai Institute of Medical Sciences and Research (VIMSAR)  on Friday morning.

As per information, Jayanti complained of severe labour pain on Thursday following which, her family rushed her to the District Headquarters Hospital (DHH) in Jharsuguda. Anticipating that the baby will be born prematurely, the attending doctors referred the patient to the VIMSAR due to lack of ventilating chamber facilities at the DHH.

Following the recommendation, Jayanti’s brother-in-law Krupa Sindhu Nayak rushed her to the VIMSAR on Friday. However, the doctors at the premier hospital delayed the process by conducting several medical tests on her. The pregnant woman had to wait until 5.00 pm enduring her continuous labour pain in the hospital corridors.

Source said that after hours-long wait,  one doctor approached to Krupa Sindhu with Jayanti’s medical report and informed them that the baby is dead inside mother’s womb. He suggested them to conduct a surgery to remove the foetus out of her.

However, negating the reports, the expectant mother repeatedly told the doctor that she could feel the baby alive in her womb. But the doctor did not pay heed to her words.

After being disappointed in the doctor and with the test results as well as the medical care provided to the pregnant woman at the hospital, Krupa Sindhu rushed Jayanti to a private nursing home in the district at around 10.00 pm on Friday.

After monitoring the patient’s medical conditions, the doctor at the private nursing home brought cheers to Jayanti and her family stating that the foetus was alive.

On Saturday morning, Jayanti gave birth to a premature baby girl at the nursing home. The baby weighed around 1 kg and 309 grams. She was immediately shifted to a ventilating chamber. As per the latest report, the baby was stated to be in good condition.

Reacting to the incident, the irate locals stated that Jayanti’s case was one of many cases that apparently reflected the unprofessional behaviours of the VIMSAR doctors.

However, the VIMSAR authorities refuted the allegation and termed the matter as ‘sheer misunderstanding’.

“The doctor attending to the patient had suspected that the foetus inside her was dead and he shared it with her family. An ultrasound was supposed to be done to confirm it,” VIMSAR spokesperson Dr. Benudhar Panda said.

As there was a long queue in front of the ultrasound chamber, the patient’s family could not wait for her turn and thereafter they took the patient to a nursinghome, Dr Panda clarified.