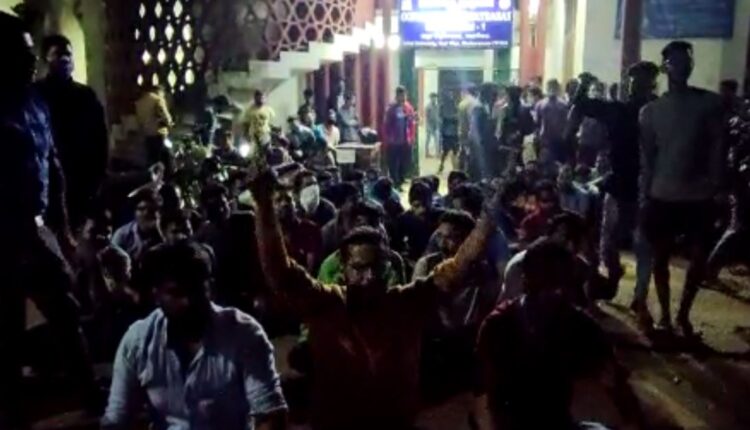 Bhubaneswar: The premier University of Odisha, Utkal University was on boil again after two groups of students clashed on the campus today evening. When one group of students was going to meet the university authorities to apprise about lack of proper facilities at hostels, another group opposed.

A clash occurred between the two groups of students on the campus following a tiff. Following this, some students staged a demonstration in front of the Gopabandhu hostel over the issue.

To avoid the situation getting worse, the university authorities sought the help of the Commissionerate Police. As per latest reports, a team of police personnel has been deployed on the campus to maintain law and order situation.

In the meantime, a complaint was filed at the Saheed Nagar Police station in connection with the group clash. Seeking immediate police action into the matter, the complainants named Rajesh Raj Swain, Working President of BCJD and his associates as the attackers.

The University reopened on January 11 after remained closed for more than nine months due to pandemic.