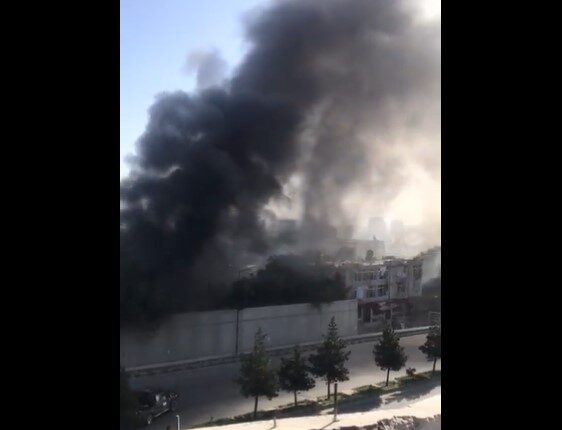 According to reports, two explosions ripped through a busy road near a Sikh temple in Kabul, with casualties unknown.

Bullets were reportedly heard from inside the complex and smoke is rising from the building.

“We heard a huge blast in Kart-e-Parwan neighbourhood at around 6 a.m. It was followed by another explosion which occurred about half an hour. The whole place has now been sealed off,” a witness told Xinhua news agency.

The security forces have cordoned off the area for precautionary measures, he said.

The blast sent a column of thick smoke into the sky and triggered panic.

“There is fear of possible causalities. Several warning shots were also fired by the security forces,” the witness added.

There has been no official statement about the incident so far.

“We are deeply concerned at the reports emanating from Kabul about an attack on a sacred Gurudwara in that city. We are closely monitoring the situation and waiting for further details on the unfolding developments,” tweeted Arindam Bagchi, Official Spokesperson, Ministry of External Affairs.