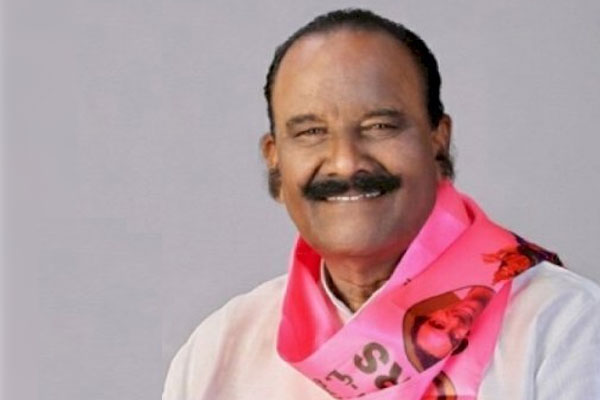 Hyderabad:  Telangana’s former Home Minister and senior leader of Telangana Rashtra Samithi (TRS) Nayani Narasimha Reddy passed away in the early hours of Thursday after a brief illness. He was 76.

Narasimha Reddy breathed his last at the Apollo Hospital, where he was under treatment for lung infection, his family members said.

He was admitted to hospital for health complications post his recovery from Covid-19. Doctors said his lungs were damaged.

Born on May 12, 1944 in Nalgonda district, he had participated in the Telangana movement of the 1970s. He also played an active role in the movement after it was revived by K. Chandrasekhar Rao by floating the TRS in 2001.

He began his political career as a trade union leader. A leader of the Janata Party in undivided Andhra Pradesh, he was elected thrice to the State Assembly from Musheerabad constituency in Hyderabad.

After formation of Telangana State in 2014, Chandrasekhar Rao inducted him in his cabinet as the home minister. He was subsequently elected to the Legislative Council.

However, after TRS retained power in 2018 Narasimha Reddy was denied berth in the cabinet and was since then staying away from active politics.

Chief Minister K. Chandrasekhar Rao has expressed shock over the death of Narasimha Reddy. He recalled his association with Narasimha Reddy during the Telangana movement and in the state government.

The Chief Minister conveyed his condolences to the members of the bereaved family and directed the Chief Secretary to arrange the last rites for the departed leader with official honours.

Narasimha Reddy’s body was shifted to his residence, where several ministers and TRS leaders paid their last respects.