This hurts my heart and I love you: Virat Kohli reacts to AB de Villiers’ retirement 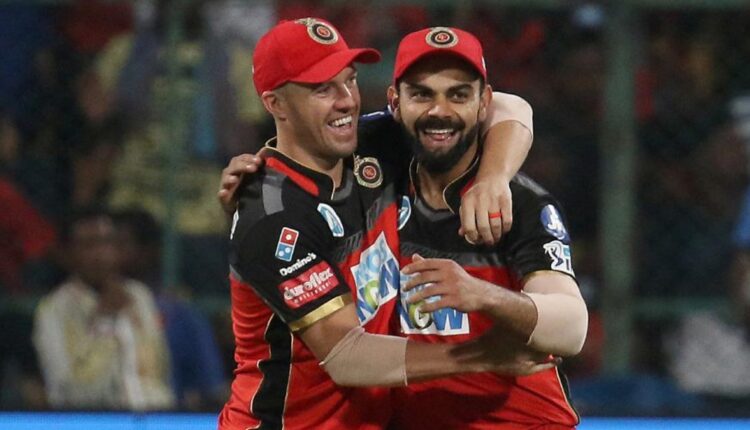 New Delhi/Bhubaneswar: Former South Africa captain AB de Villiers on Friday announced his retirement from all formats of cricket. After his international retirement in 2018, de Villiers had continued to play in franchise cricket, notably for the Royal Challengers Bangalore (RCB) in the Indian Premier League (IPL).

Friday’s retirement from all forms of the game marks the end of his decade-long association with the franchise.

In a series of tweets, de Villiers said, “It has been an incredible journey, but I have decided to retire from all cricket. Ever since the back yard matches with my older brothers, I have played the game with pure enjoyment and unbridled enthusiasm. Now, at the age of 37, that flame no longer burns so brightly.”

The 37-year-old had played in 184 IPL matches, firstly for Delhi Capitals (formerly Delhi Daredevils) for three seasons followed by a successful decade with Bangalore, where he formed a formidable partnership with Virat Kohli.

“To the best player of our times and the most inspirational person I’ve met, you can be very proud of what you’ve done and what you’ve given to RCB my brother. Our bond is beyond the game and will always be,” Kohli wrote.

To the best player of our times and the most inspirational person I've met, you can be very proud of what you've done and what you've given to RCB my brother. Our bond is beyond the game and will always be.

“This hurts my heart but I know you’ve made the best decision for yourself and your family like you’ve always done. I love you @ABdeVilliers17,” he added.

De Villiers scored 5162 runs at an average of 39.70 and strike rate of 151.68, including three centuries and 40 half-centuries while being a member of the RCB side which entered IPL playoffs five times.